Farooq Abdullah's sister Suraiya and daughter Safiya detained on Tuesday during a protest at Srinagar's Pratap Park against Centre's abrogation of Article 370 in Srinagar on August 5. 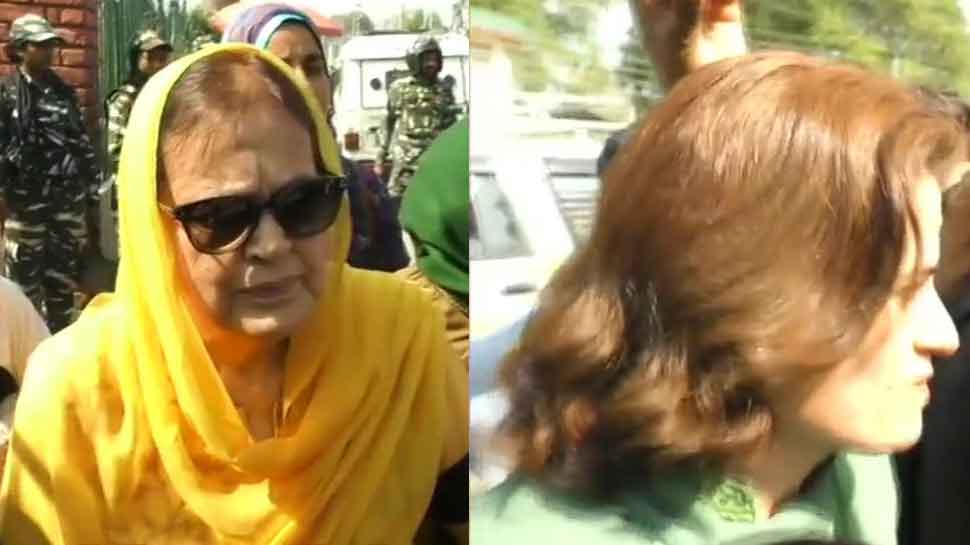 They were detained on Tuesday during a protest at Srinagar's Pratap Park against Centre's abrogation of Article 370 in Srinagar on August 5.

Jammu & Kashmir: National Conference (NC) President Farooq Abdullah's sister Suraiya and daughter Safiya were released on bail last night. They were detained on Tuesday during a protest against abrogation of #Article370 in Srinagar. (file pics) pic.twitter.com/ElmYSCbP3o

According to reports, Suraiya and Safiya are 13 among women protesters who were released from the Srinagar Central Jail.

They were released after they furnished a personal bond of Rs. 10,000 and surety of Rs. 40,000 each under section 107 of the Criminal Procedure Code along with an assurance that they would "maintain the peace", according to reports.

While Farooq Abdullah continues to remain in house arrest nearly three months after the scrapping of Jammu and Kashmir's special status, his son - National Conference leader Omar Abdullah - is housed at the Hari Niwas state guest house in Srinagar.

Many local politicians have been placed under detention or house arrest since August after the central government announced its move on Kashmir.

The Supreme Court last month allowed Mufti`s daughter Iltija to travel from Chennai to Srinagar to meet her mother.