Lakhvi is currently on bail, and the case is moving very slowly. 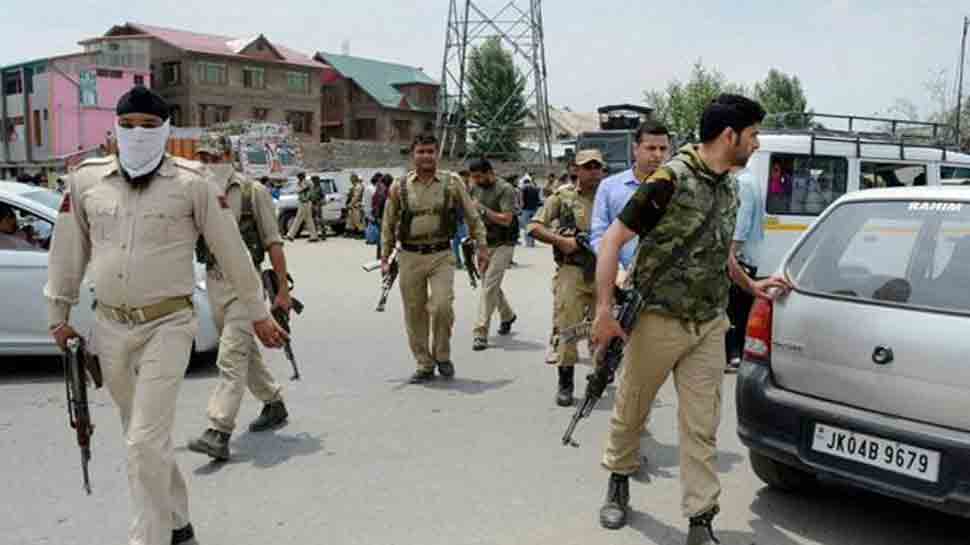 Srinagar: A Pakistani terrorist, who was indoctrinated and trained by 26/11 Mumbai attacks mastermind Zakiur Rehman Lakhvi, was arrested from Baramulla district of Jammu and Kashmir, police said here on Wednesday.

Lashkar-e-Taiba (LeT) terrorist Mohammad Waqar Awan, who was tasked with reviving militancy in certain areas of the Kashmir valley, was arrested earlier this week and paraded before the media on Wednesday at the Police Control Room.

Awan, a resident of Mohalla Miana in Mianwali area of Punjab in Pakistan, was indoctrinated by Lakhvi at his residence in Rawalpindi, officials said.

The initial arms training to the Pakistani terrorist was also given by Lakhvi, who along with six others has been charged by the Pakistani authorities with planning and executing the Mumbai attacks in November, 2008 that left 166 people dead.

Lakhvi is currently on bail, and the case is moving very slowly.

Awan, known by alias of "Chota Dujana?, told reporters that before he joined militancy, he was told that atrocities were being inflicted on the people of Kashmir by security forces but he saw no such thing in the Valley.

"I received training for four months at a camp in Muzaffarabad. I was told that atrocities are committed on children and women. Prayers are not allowed in mosques and houses of Muslims are destroyed,? he told reporters, adding he found that the conditions were different in Kashmir.

Police officials said Awan's arrest and "confession" is "live evidence" for Pakistan as to how youths are manipulated on its soil, prepared for militancy and then sent here to join Jaish-e-Mohammad or Lashkar-e-Taiba.
Asked if he was involved in any attacks in the valley, Awan said, "I was not involved in any attack."

The Senior Superintendent of Police (SSP) of Baramulla, Abdul Qayoom, said Awan had infiltrated into the valley in July 2017.

"He was active in Handwara (area of north Kashmir's Kupwara district). For the last about two years, he was active in different places of Srinagar. When he was returning to Baramulla, he was intercepted at a naka (check post). However, the driver of his vehicle rammed it into police vehicle and sped away.

"The police chased them and about 1.5 km away from the naka, they left their vehicle on the road and tried to flee, but were apprehended. The driver, a conduit, is a Kashmiri. We will share further details when we have them," the SSP said at the press conference.

Qayoom said Awan's primary task was to revive militancy in those areas which had been declared militancy-free.

"We had this input that since Baramulla was declared free of militancy, they (militant leadership) were under pressure to revive the militancy there and that is why these two were going to Baramulla," he said.
He said a pistol and some other things were recovered from the Pakistani militant when he was arrested.

Asked about Awan's activities in Srinagar, the SSP said he mostly visited areas around Srinagar-Baramulla highway and few areas in downtown the interior areas of the city here.

"We are identifying and pinpointing more people involved with him," Qayoom said.

Director General of Jammu and Kashmir Police Dilbag Singh, who also briefed the media, said Awan's "confession" is evidence of how Pakistan is sending youths here for militancy.

"Pakistan always wants some live evidence. Police will share that evidence.? A Pakistani militant is here since the last two years and an active member of LeT and involved in many activities.

"His coming in front of you (reporters) and sharing the details, is live evidence for Pakistan as to how they ready the youth there for militancy and send them here for joining Jaish-e-Mohammad or Lashkar-e-Toiba," Singh said.