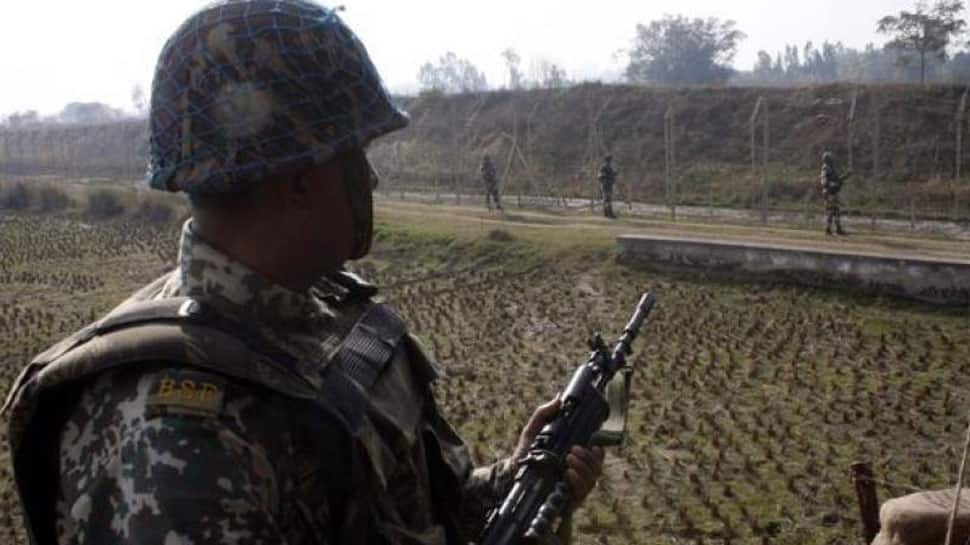 Jammu: Pakistan Rangers on Friday violated ceasefire by resorting to firing along the International Border (IB) in Jammu and Kashmir's Kathua district.

According to officials, the Pakistan Rangers resorted to small arms fire on border outposts (BoPs) in Hiranagar sector at around 11 AM.

On Thursday, a civilian was injured when Pakistani troops violated ceasefire and resorted to firing and mortar shelling along the Line of Control in Rajouri district.

Northern Command chief Lt Gen Ranbir Singh had on Thursday said the Army was replying befittingly to the Pakistani aggression.

Pakistani troops resorted to firing and shelling along the LoC in the Jammu region of the state for 13 days of this month, the officials said.

The year 2018 had witnessed the highest number -- 2936 -- of ceasefire violations by Pakistani troops in the last 15 years along the Indo-Pak border.

The continuous Pakistani shelling and firing targeting villages has set in fear psychosis among the border dwellers.

On the same day in another incident, Pakistani troops resorted to firing and shelling along the LoC in Sunderbani sector of Rajouri district.

On Sunday, an Army jawan was injured in ceasefire violation along the LoC in Keri sector of Rajouri.

On Friday last, an Army porter was killed when Pakistani troops resorted to firing in Nowshera sector of Rajouri district.

On the same day, an Army Major and a soldier were killed in an IED blast on the LoC in Laam sub-sector of Rajouri.

On Thursday last, Pakistani troops resorted to firing and shelling in two sectors of Rajouri and Poonch resulting in injuries to an Army Major and a BSF jawan in the Tarkundi forward area of Balakote sector.