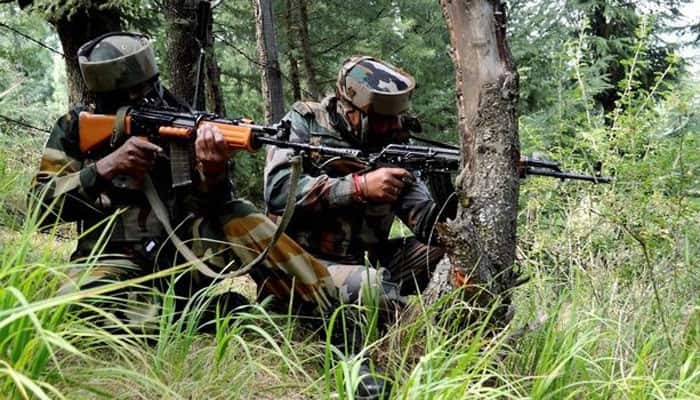 JAMMU: The elimination of Mudasir Ahmed Khan - the key mastermind of Pulwama suicide attack - during an encounter in Jammu and Kashmir’s Tral locality on Monday is a significant dent to the Pakistan-backed terror outfit Jaish-e-Mohammad (JeM), a senior J&K police official has said.

Mudasir Ahmed Khan alias ‘Mohammad bhai’ was recruited as an overground worker (OGW) of the JeM in 2017 and soon became a key Improvised Explosive Device (IED) handler of the outfit.

Swayam Prakash Pani, Inspector General of Police of the Kashmir Range, said during a press briefing that the identity of the second terrorist has not been ascertained yet.

“We know that his code was ‘Khalid’. We are trying to find his actual identity,” Pani said while adding that he is believed to be a Pakistani citizen.

“The killing of Khan is a significant dent to the JeM,” Pani said.

“In the last 21 days, we have eliminated 18 terrorists, out of them, 14 were from JeM and 6 out of those 14 were main commanders. JeM’s 2nd commander Mudasir, main conspirator in national highway convoy attack, has also been eliminated,” Lt General Kanwal Jeet Singh Dhillon, General Officer Commanding of XV Corps of the Army, also said in a press briefing.

Khan was among the two terrorists who were killed in the encounter in Tral’s Pinglish area.

The gunfight began after the terrorists opened fire at the security personnel who were combing the area on Sunday evening.

23-year-old Khan, who was an electrician and a graduate from Pulwama, is believed to had arranged for the vehicle and explosives used in the Pulwama suicide attack on a CRPF convoy, which resulted in the death of at least 40 troopers.

11 days after the Pulwama attack, the IAF conducted a major airstrike targeting a JeM terror training camp in Pakistan's Balakot in which several terrorists were reported to be killed.

This followed a failed bid from Pakistan to violate India's airspace and an ensuing aerial dogfight in which one of the F-16 fighter warplane was shot down by an IAF MiG 21 fighter jet which was also hit in the crossfire.

IAF pilot Abhinandan Varthaman, who shot down the Pakistan plane, ejected after his Mig 21 caught fire and landed over the side of the border in PoK.

He was captured by the Pakistani forces but later handed over to India under tremendous international pressure.