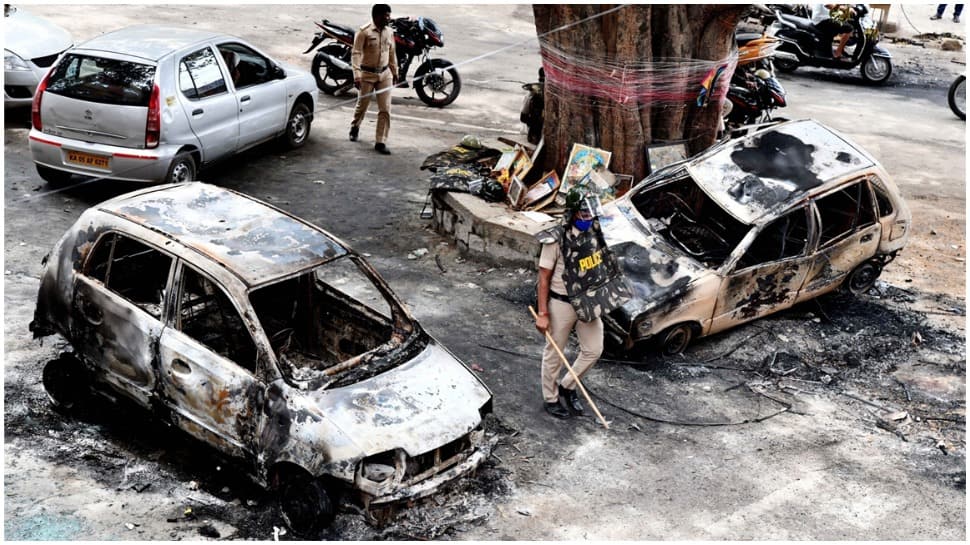 Bengaluru: The National Investigation Agency (NIA) has arrested seventeen Social Democratic Party of India (SDFI) members and activists for their involvement in the violent attack and large scale rioting at the KG Halli Police Station in Bengaluru on August 11, 2020. The SDFI is a political wing of the Popular Front of India (PFI)

The investigation so far has revealed that the SDPI leaders, namely, Md Sharieff, President, Bengaluru District, SDPI, Imran Ahmed, President, KG Halli Ward, along with other senior leaders like Rubah Waqas, Shabbar Khan and Shaik Ajmal had conducted meetings at Thanissandra and KG Halli wards in Bengaluru in the evening of August 11, wherein they conspired, mobilised and led the crowd gathered at the KG Halli Police station to attack the police personnel, causing huge damage to the public and police station vehicles.

The investigation also revealed the use of social media channels like Facebook, Instagram, WhatsApp to spread terror among people and mobilised people from far away places to gather at the KG Halli Police Station.

Accused Saddam, Sayed Sohel, Kaleemulla (Shahrukh Khan) were active social media users who participated in riots as well as instigated others to gather at the Police Station.

So far, 187 accused persons have been arrested and further investigation is continuing.

The large scale violence occurred when over 1000 people gathered in front of the house of Congress MLA Naveen Srinivas Murthy (Pulakeshi Nagar constituency) in Kavalbyrasandra wherein the Unlawful Activities (Prevention) Act had been invoked by the State Police after the incident.

The mob was protesting against the derogatory social media (Facebook) post about Prophet Mohammed made on August 11, 2020, around 4 pm by the nephew of the MLA allegedly insulting the religious sentiments of the Muslims.

The mob had also attacked Murthy's house who said in an FIR that over Rs 20 lakh gold stolen and property worth Rs 50 lakh were damaged. He said that the mob ransacked the building, burnt it and looted the valuables and jewels.