Siddhartha, 60, went missing since Monday evening (July 28) from the road bridge between Ullal and Mangaluru over the river around 7 pm, as per what his car driver Basavaraj Patil told the police. 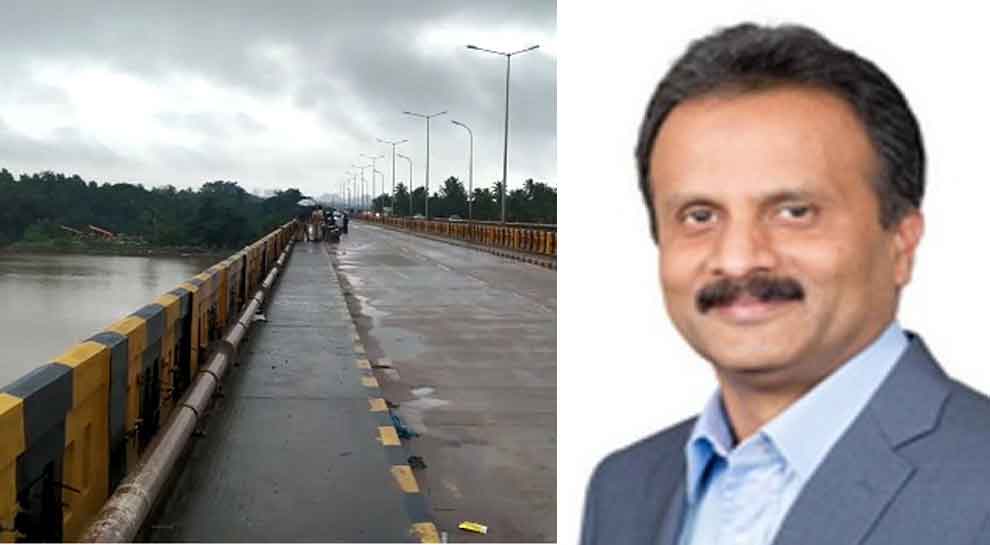 Bengaluru: A fisherman claimed to have seen a man, likely to be Cafe Coffee Day (CCD) founder V.G. Siddhartha, jumping into the Netravathi river from the bridge in Karnataka`s angaluru on Monday evening, police said on Tuesday.

"We have recorded the statement of fisherman Symond D`Souza that he saw a man jumping off the bridge into the river when he was fishing nearby," Mangaluru Assistant Commissioner of Police (ACP) Kodandaram told IANS over phone.

Siddhartha, 60, went missing since Monday evening (July 28) from the road bridge between Ullal and Mangaluru over the river around 7 pm, as per what his car driver Basavaraj Patil told the police.

"When I heard a thud-like sound in the river, I turned and saw the same man in the water struggling to float but drowned by the time I could reach the spot. As the current was strong, I could not find him in the fast-moving water, as the river is almost full and deep," D`Souza told the police.

The police said the man D`Souza saw jumping off the bridge`s pillar number 8 and drowning was likely to be Siddhartha, as his driver informed the nearby Kanakanady police station that his employer was missing from the same spot since that time.

In a complaint to the police, Patil said that Siddhartha told him to stop by the side soon as they drove on to the bridge and asked him to wait in the car at the end of the bridge as he wanted to walk up and had to make calls.

"When thee rain started, I took a u-turn and drove back to the spot where I left Sir and searched around for him. As it was dark, windy and raining, I could not find him anywhere on the bridge or in the river," Patil said in the complaint.

Siddhartha left Bengaluru on Monday afternoon to Sakleshpur near Hassan where he has a house and one of his coffee estates. As it was on way to Mangaluru, he told Patil to drive towards Mangaluru after a short break at Sakleshpur to fresh-up.

Siddhartha is the elder son-in-law of senior BJP leader, S.M. Krishna, who was External Affairs Minister in the UPA-2 government (2009-12) and state Chief Minister (1999-2004) when in the Congress.