Ex-PM Deve Gowda suffered a minor injury after he slipped in the bathroom of his Padmanabhanagar residence. 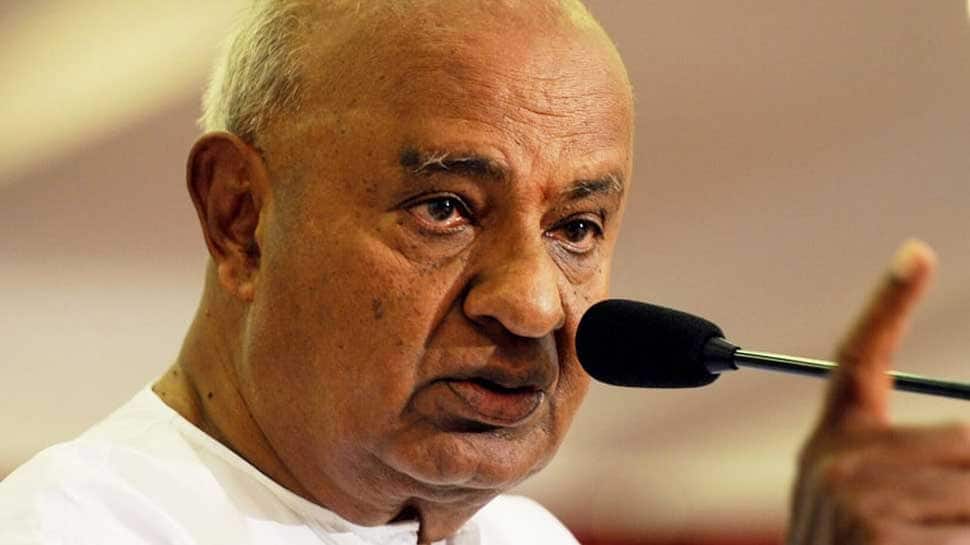 BENGALURU: Former Prime Minister HD Deve Gowda sustained injuries on his right leg after he slipped in the bathroom of his house in Bengaluru's Padmanabhanagar locality, news agency ANI reported on Saturday.

The 85-year-old Janta Dal (Secular) president was wounded in the leg and faced difficulty in walking, according to Deve Gowda's personal assistant.

Deve Gowda's son Dr Ramesh was informed about the incident, who immediately rushed to his father's residence to check on his condition.

The former Prime Minister was then taken to a hospital near his residence in the morning where he was attended by the doctors.

The doctors, who attended Deve Gowda, confirmed that he suffered a minor injury.

Gowda's right knee had a sprain, but there was no fracture, the doctors said.

The JDS chief was in news on Thursday when he made a critical comment on the JDS-Congress coalition government in Karnataka.

Gowda publicly voiced his unhappiness with ally Congress, saying he is in `pain` and will not remain `quiet anymore'.

Father of Karnataka Chief Minister HD Kumaraswamy, Gowda made known that the six months of running the coalition government with the Congress was not a pleasant experience but he had "not opened mouth."

"Is this a way to run the coalition government, where we have to request our partner not to use foul language? Six months have passed that Kumaraswamy became the Chief Minister and all kinds of things have happened in six months. Till now I haven`t opened my mouth but now I can`t keep quiet," Gowda was quoted as saying by ANI.