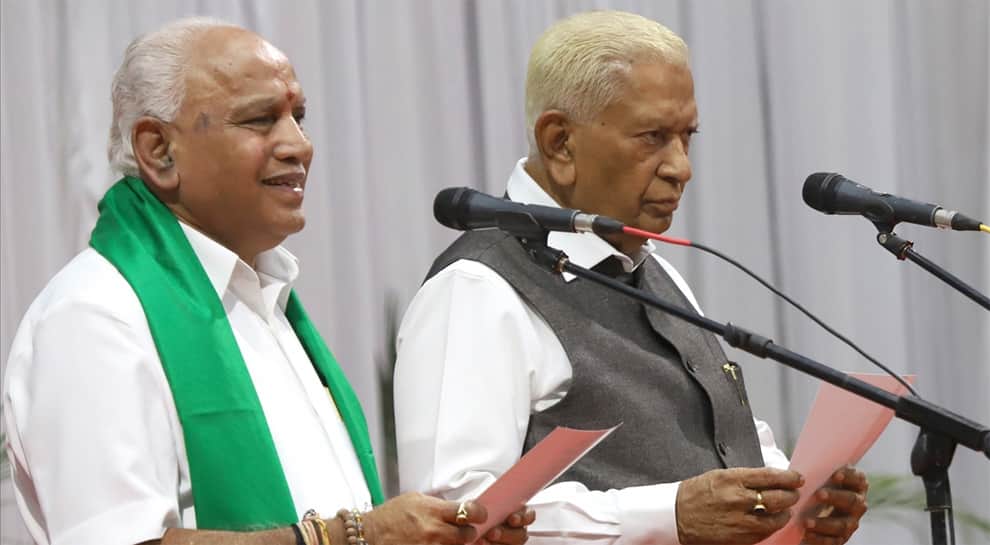 BENGALURU: A day ahead of the trust vote on Monday, Karnataka Speaker KR Ramesh Kumar has disqualified 14 rebel Congress-Janata Dal Secular (JDS) legislators on Sunday. With the disqualification, the half-way mark of the 225-member Assembly has gone down substantially, which will benefit BJP leader BS Yediyurappa who was sworn in as the Chief Minister of Karnataka for a fourth time on Friday.

With the 14 disqualification of 14 MLAs on Sunday and three others on 25 July, the Assembly is short by 17 legislators. The effective strength of the House without these 17 MLAs will be 208, including the Speaker. The half-way mark in the Assembly, thus, has gone down from 113 to 104, giving BJP an edge in the House at least till by-elections are held for the seats vacated by the MLAs. In the bypolls that will be held later, if BJP wins at least eight seats, it will go past the majority mark of 113 on its own.

Two other rebel MLAs Congress leader B Nagendra and lone Bahujan Samajwadi Party MLA N Mahesh were not present in the Assembly for former Chief Minister Kumaraswamy's floor test. If both of them skip the floor test again on Monday, the magic figure will again come down by two. As of now, the Bharatiya Janata Party (BJP) has the support of 105 plus 1 Independent.

Earlier in the day, the Speaker said that the constitutional crisis in Karnataka has put him in depression. "The way I'm being pressured to deal with the situation being a Speaker, all these things have pushed me into a sea of depression," he said adding that he would not resign and will continue to do his duty.

''BS Yediyurappa has asked me to oversee vote of confidence tomorrow (Monday). The Finance bill is set to lapse on July 31. I appeal to all MLAs to appear for the session for the confidence motion,'' he added.