The incident took place in Bhagat Pre-University College at Haveri, Karnataka. The director of college M B Satish said that, '' We adopted the practice for the benefit of our student. We don't want their mind to get distracted during writing exams.'' 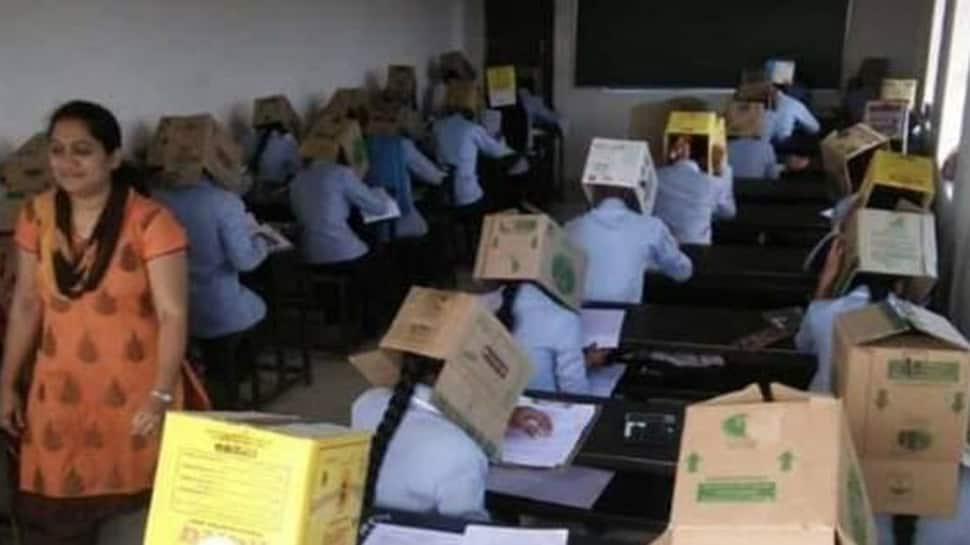 Karnataka: An incident in Karnataka made headlines when students were forced to wear cardboard box to avoid cheating in the examination hall. The incident took place in Bhagat Pre-University College at Haveri, Karnataka. The video of the bizarre incident is breaking the internet and is getting a lot of public comments.

The state education authority of Karnataka knowing of the incident has issued a notice to the college authority and asked them to give an explanation on the incident.

The board member of PU knowing of the incident immediately reached out to the college authority and asked them to give explanation on the incident. He further also marked the act as 'non-sense'.

The director of PU board, Haveri, S S Firoj said, '' I have taken the matter very seriously and have asked an explanation from the authority. Such practises won't be tolerated.''

Firoj also informed that the college authority got this idea from an earlier incident which took place in Bihar were students were made to do the same. He said, ''These people have no idea about how an exam is conducted.''

Getting the reaction from college, the director of college M B Satish said that, '' We adopted the practice for the benefit of our student. We don't want their mind to get distracted.''

He further added,'' We are getting both positive and negative feedback on our new implementation.''

The act has grabbed eyeballs all across the country and people are demanding strict action against the forced action done to the students. In 2017, there was a similar kind of incident observed in Mexico which also went viral on the internet.