Eight MLAs from Congress and three from JDS have tendered their resignations, plunging the coalition government in Karnataka into trouble. 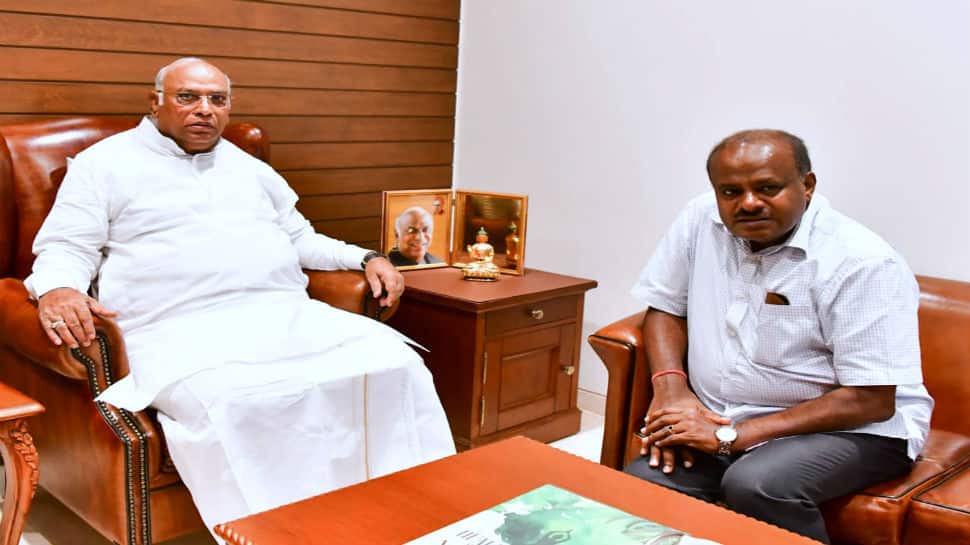 Senior Congress leader Mallikarjun Kharge on Sunday accused the Bharatiya Janata Party (BJP) of killing democracy and for being responsible for the political crisis in Karnataka currently. As many as 11 MLAs - eight from Congress and three from Janata Dal Secular (JDS) - tendered their resignation on Saturday, triggering fears of the coalition government in the state coming apart at the seams.

The uneasy coalition has been fragile ever since it came into existence post the Karnataka Assembly election in May of 2018. The resignation of 11 MLAs on Saturday, yet to be accepted by Speaker KR Ramesh, has compounded woes for both parties and prompted Congress to blame BJP. "Centre is directly involved in the turmoil," Kharge told news agency ANI. "BJP is trying to kill democracy. Congress will not tolerate this. I want the alliance government (in Karnataka) to continue."

Reacting to unconfirmed reports that he could be the compromise CM candidate, Kharge rubbished any such possibilities. "I will not be the next CM. These are just rumours being fed to the press."

Congress has gone into a huddle and is working overtime to save the Karnataka government. And Kharge is now the second leader of repute to have blamed BJP. On Saturday, Congress' national spokesperson Randeep Singh Surjewala had trained his guns at the Narendra Modi government for the political developments in Karnataka. "A new symbol of horse-trading politics has emerged in the country," he had said. "Aaya Ram, Gaya Ram has attained a new definition in India. The new word for Aaya Ram, Gaya ram is MODI - Mischievously orchestrating defections in India."

Congress, however, has refused to acknowledge that its alliance with the JDS was shaky to begin with. Former CM Siddaramaiah has time and again expressed his desire to return at the state's helm. Present CM HD Kumaraswamy too has taken pot shots at Congress in the past. Many of the 11 MLAs who recently tendered their resignations are also believed to have been unhappy at being snubbed during portfolio distributions. For now, all of these dissenting MLAs have reached Mumbai and are expected to stay put here.