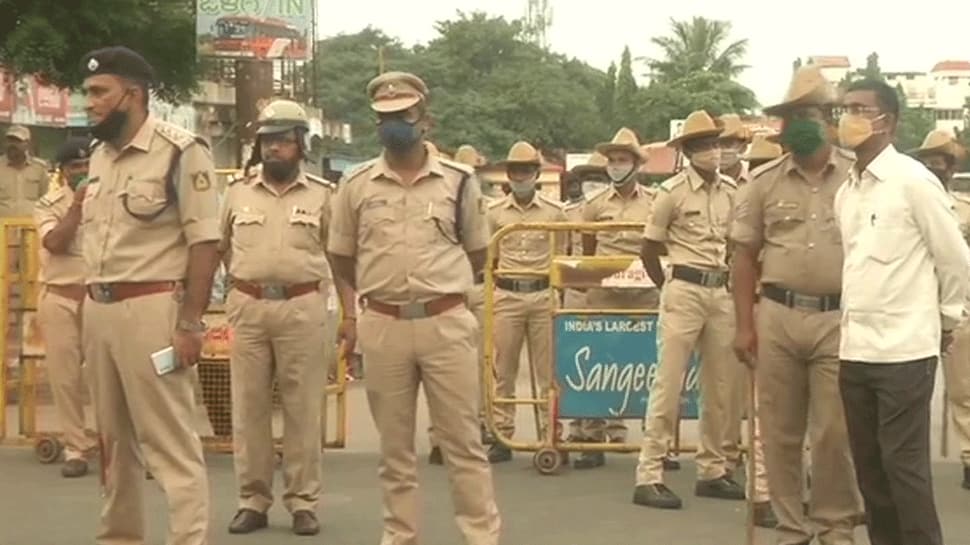 Kalaburagi: The farmers of Karnataka have called state-wise bandh to protest against the Farm Bills recently passed by the government. In the wake of the protest, police force has been deployed at several places to check the activity of the people.

On Sunday, Chief Minister B.S. Yediyurappa had urged the farmers to withdraw the shutdown call, as it would disrupt normal life and cause inconvenience to thousands of people in COVID times.

The chief minister, however, said measures are being taken to ensure normal life is not affected and people are able to go to work by operating public services like buses and metro rail in the city.

President Ram Nath Kovind on Sunday gave his assent to three farm bills passed by the Parliament in the recently-concluded monsoon session.

With this, all three bills have now become acts- The Farmers Produce Trade and Commerce (Promotion and Facilitation) Act, 2020, The Farmers (Empowerment and Protection) Agreement on Price Assurance and Farm Service Act, 2020 and The Essential Commodities (Amendment) Act, 2020.

The three bills were passed by Parliament amid vehement protest by the Opposition parties. The Shiromani Akali Dal (SAD) had on Saturday quit the National Democratic Alliance (NDA) over the farm bills issue.