Bomb detention squad was rushed to the spot which undertook a detailed check of the bag and later shifted it to a safer zone via Bomb disposal van. 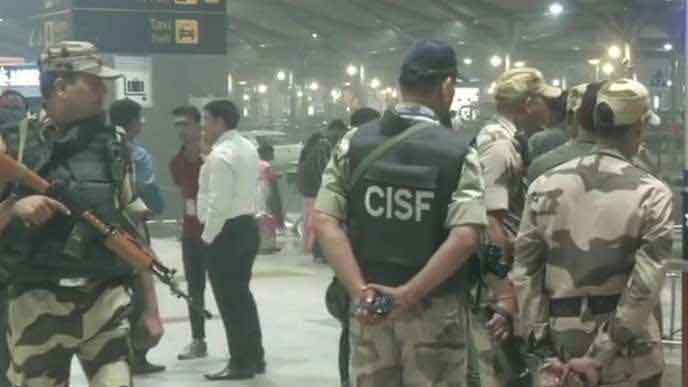 Mangalore: A suspicious-looking, unattended bag was found abandoned at the Mangalore airport on Monday which created panic in the area. The bag was found in the rest area meant for the passengers near the ticket counter at the Mangaluru airport.

Soon after receiving the information, Mangalore police and airport security staff pressed into action and took the bag under custody. Mangalore police DIG Anil Pandey confirmed that the suspicious object was having traces of Improvised Explosive Device (IED) and the place was immediately evacuated to ensure the safety of passengers.

Pandey informed that as per the CCTV a suspect is identified who placed the bag and left in an autorickshaw. Mangalore Police has released the photograph of the suspect and the autorickshaw which was seen in the CCTV footage.

Bomb detention squad was rushed to the spot which conducted a detailed checking of the bag and later took it to a safer zone. A wired device, suspected to be a bomb, was found inside the bag. Following the recovery of the bag, large number of police have been deployed at the airport to keep a check.

The administration has also announced high alert in the city. However, the flight operations were not affected at the airport.