Karnataka Minister DK Shivakumar had claimed that three Congress MLAs were 'camping' at a hotel in Mumbai with BJP leaders. 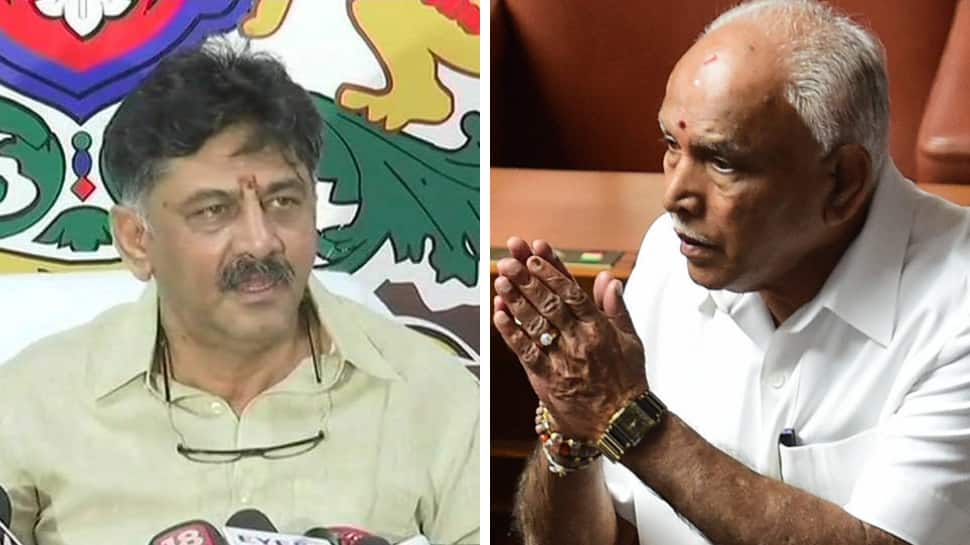 BENGALURU: Former Karnataka chief minister and Bharatiya Janata Party (BJP) leader BS Yeddyurappa on Monday rubbished reports that Congress MLAs were in touch with the saffron party to break them away from the coalition.

"There is no truth to all these rumours of three Congress MLAs in touch with BJP. This is between the Congress and the Janata Dal Secular. We are not in touch with any of their MLAs. We are only focused on keeping our MLAs energised," he said.

His statement comes after Karnataka Minister DK Shivakumar claimed that BJP's 'Operation Lotus' to topple the Karnataka government was real. He claimed that three Congress MLAs were 'camping' at a hotel in Mumbai with BJP leaders and alleged that the BJP was trying to poach them. However, Shivakumar exuded confidence that the BJP would fail in its attempts.

"Horse trading is going on in the state. Three of our MLAs are in Mumbai in a hotel with some BJP MLAs and leaders. We are aware of what has transpired there and how much has been offered to them," he had said on Sunday.

Operation Lotus is a reference to the BJP allegedly luring several opposition MLAs to defect to ensure stability of its then-government headed by B S Yeddyurappa in Karnataka in 2008.

However, Kumaraswamy exuded confidence in the stability of his government and claimed that it is under no threat. "All 3 of them (Congress MLAs) are continuously in contact with me. They went to Mumbai after informing me. My government is not under any threat. I know who all BJP is trying to contact and what they're offering. I can handle it, why should media be concerned," he asked.

The allegations of poaching were also levelled on the BJP by Congress leader and Karnataka Deputy Chief Minister G Parameshwara. "BJP leaders are saying this govt will fall. But it won't happen. Some of our MLAs have gone, they can go for temples, holiday, family outings, we don't know. Nobody said that they're going to join BJP and destabilise the government. All our MLAs are intact," he said.

Stressing that all is well in the government, Parameshwara added that he held a meeting with all state ministers to discuss the next budget which is going to be presented by the CM in the first week of February.

Meanwhile, the BJP claimed that the Congress is levelling without any proof. "They (Congress) should keep their house in order. They are not able to keep their MLAs in Karnataka together and just simply pin pointing at BJP," Union Minister and BJP leader DV Sadananda Gowda said.