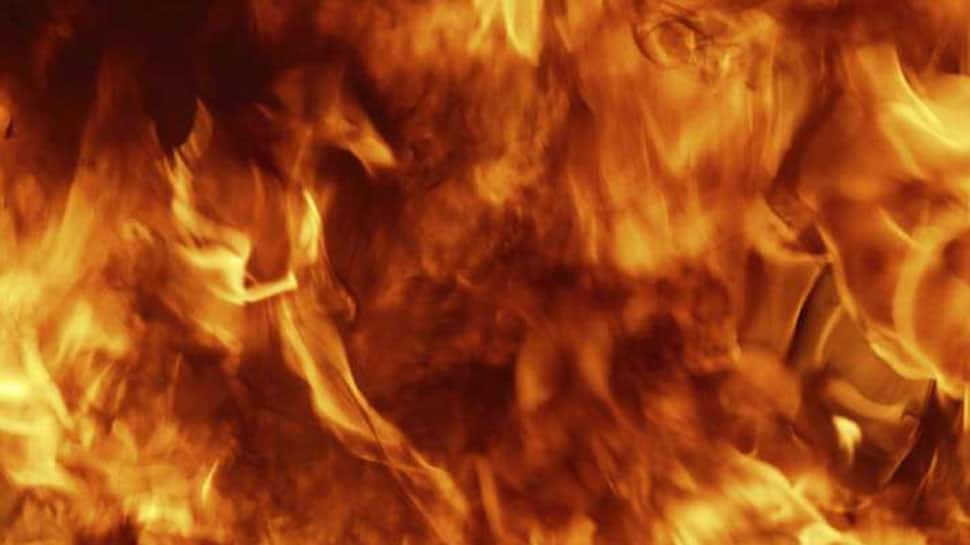 Mavelikkara: A 34-year-old woman police constable died after she was allegedly hacked and set ablaze in broad daylight by another policeman here Saturday. The victim, Soumya Pushpakaran,was posted as the Civil Police Officer at Vallikkunnam station here.

According to police, the accused, identified as Ajas, a policeman attached to the Aluva traffic station, allegedly followed the woman in a car when she was on her way back home after work in the evening. He knocked her two-wheeler down and allegedly hacked her with a sharp weapon and as she tried to seek refuge at a nearby house, chased, poured petrol over her and set her ablaze, police, quoting eyewitnesses, said.

She died on the spot while the policeman, who also suffered 40 per cent burns, was taken into custody, a police official told PTI. He has been admitted to the government medical college hospital at Alappuzha and the reason for the attack can be ascertained only after interrogation, he added.

A native of Vallikkunnam here, Soumya was staying with her three children. Her husband is working abroad.

A series of unfortunate events: 8 dead after ambulance carrying them from accident site crashes