Some unidentified men were seen hurling a crude bomb at Raninagar area in Murshidabad. 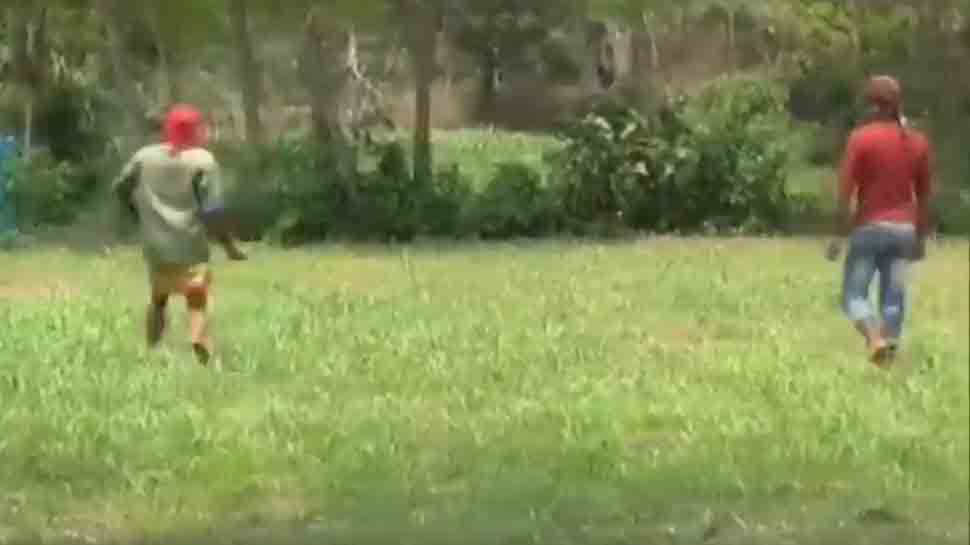 New Delhi: Sporadic incidents of violence are being reported from across the West Bengal as the state goes to polls in the third phase of Lok Sabha election on Tuesday.

Some unidentified men were seen hurling a crude bomb at Raninagar area in Murshidabad. The incident took place at booth no 27 and 28 of Raninagar, Murshidabad.

A video of the incident has been shared by news agency ANI.

In West Bengal, voting for the third phase of the Lok Sabha elections is underway in Murshidabad along with Balurghat, Maldaha Uttar, Maldaha Dakshin, Jangipur constituencies.

Earlier in the day, crude bombs were hurled by unidentified bike-borne miscreants outside polling stations at Tiktikipara in Domkal, Murshidabad, and Kaliachawk in Malda South. Both Domkal and Kaliachawk are known for their history of political violence.

In Domkal, a Trinamool Congress councillor's husband was also allegedly beaten up by Congress-backed goons.

Opposition parties -- the Congress and the CPI-M -- alleged that Trinamool supporters threatened their agents and voters in many booths in Murshidabad's Bhagobangola and Jalangi areas.

Aerial firing by miscreants purportedly owing allegiance to the Trinamool to threaten Opposition agents was also reported in Murshidabad's Kumripur.

The Balurghat seat is witnessing an intense battle between outgoing Trinamool MP Arpita Ghosh, BJP's Sukanta Majumdar and Ranen Barman of the Revolutionary Socialist Party (RSP), a constituent of the Left Front.

In 2014, the Congress bagged Malda North, Malda South and Jangipur constituencies, while the Trinamool won Balurghat and the CPI-M got Murshidabad.