Duty of a husband: Shatrughan Sinha on why he joined wife Poonam during filing of nomination

Shatrughan Sinha accompanied wife Poonam as she filed her nomination papers from Lucknow parliamentary seat. That she is fighting on an SP ticket and he is a Congress candidate from Patna Sahib has raised eyebrows. 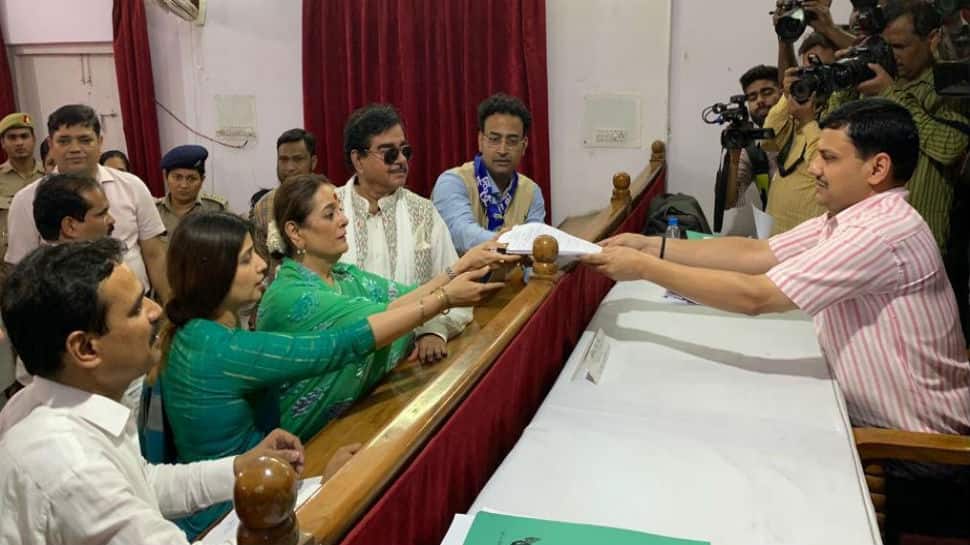 He has joined Congress. She is now part of Samajwadi Party (SP). But political affiliations are not paramount for actor-turned-politician Shatrughan Sinha who was seen with wife Poonam as she filed her nomination from the Lucknow Lok Sabha constituency.

Shatrughan will contest Lok Sabha election 2019 from Patna Sahib seat in Bihar on a Congress ticket. Wife Poonam, who had joined SP on Wednesday, will contest for the party from UP's Lucknow parliamentary constituency. For it, she filed her nomination paper on Thursday and was accompanied by Shatrughan. His presence reportedly irked some in his own party who asked why he was campaigning for a candidate from a rival party. Asked about it, Shatrughan said that family commitments are also important for him. "It is my duty as the head of the family and a husband to support my family," he told news agency ANI.

Shatrughan was previously with the Bharatiya Janata Party and had won from here in 2009 and 2014 Lok Sabha elections. This year, he faces off against union minister Ravi Shankar Prasad.

It is his presence in Lucknow, however, that raised eyebrows as wife Poonam is taking on someone from his own party. Here, the battle will play out between Poonam, Home Minister Rajnath Singh and Congress' Acharya Pramod Krishnam.

When asked about Shatrughan's justification, Krishnam said he would want to see him campaign for Congress in Lucknow against Poonam. "He has fulfilled his duty as a husband. Now, he has to fulfill his duty to his party and must campaign for me against his wife," he said.

While some argue that Shatrughan's presence in Lucknow would be damaging for the candidate from his own party, the veteran star has sought to create a line between party and family commitments.