The third Lok Sabha which was constituted on 2 April 1962, continued till 3 March 1967 - albeit with several ups and downs. Jawaharlal Nehru was elected the prime minister for the third consecutive term. However, he died in 1964 and was succeeded by Lal Bahadur Shastri, who also passed away while he was serving as the PM.

On 13 January 1962, the election to form the third Lok Sabha was announced. The poll process that began in the second week of January was to be completed by 31 March 1962. As opposed to the first two elections, this was the first time when each constituency was to elect only a single member.

By now, Jawaharlal Nehru had completed two full terms as the prime minister of the country and the voices of dissent in the ruling Congress which were earlier just murmurs were beginning to be heard openly. The major point of contention within the Congress was the elevation of Nehru's daughter Indira Gandhi in active politics. Though Indira had served as her father's personal assistant since he was the PM in 1947, it was her appointment as the Congress president in 1959 which led to rising political tempers within the party, leading to a rift between those supporting her and those against her.

However, differences aside, the Congress yet again managed to bag a decisive victory in the 1962 election. The Congress won 361 of the 494 seats in the third Lok Sabha, 10 seats lesser than its tally in 1957. Its poll percentage also decreased from 47.78 per cent in 1957 to 44. 72 per cent in 1962. The party had contested on 488 seats and deposits of only three of its candidates were forfeited. In what was reflective of the times to come, the 1962 result revealed that the party was losing its stronghold in Uttar Pradesh. As opposed to the 81 and 70 seats that it bagged in the first and second Lok Sabha polls, the party won 62 of the 86 parliamentary seats in the third Lok Sabha.

Similar to the first and second general elections, the Communist Party of India bagged the second spot by winning 29 of 137 seats it contested on. Winning two more seats than its 1957 toll, it had also increased its vote share from 8.92 per cent to 9.94 per cent.

Founded in 1959 by C Rajagopalachari against what he thought was Nehru's increasingly socialist and statist outlook, Swantantra won on 18 seats out of the 173 that it contested on. Through the formation of Swatantra, the party leaders attempted to bring the highly fragmented right-wing forces together under the umbrella of a single party. Within three years of it coming into existence, the Swantantra had emerged as a strong opposition for the Congress by winning 7.89 per cent votes. What was noteworthy was that the party had emerged as the main opposition to the Congress in four states - Bihar, Rajasthan, Gujarat and Odisha (then Orissa).

The Jana Sangh won 14 seats of the 196 seats that it contested on with a massive loss to 114 of its candidates who even forfeited deposits. However, there was an improvement in its tally as compared to the first and second election where the party won three and four seats respectively. The improvement in its winning margin was an indication of the times to come when the Jana Sangh would emerge as a major political opponent of the Congress. 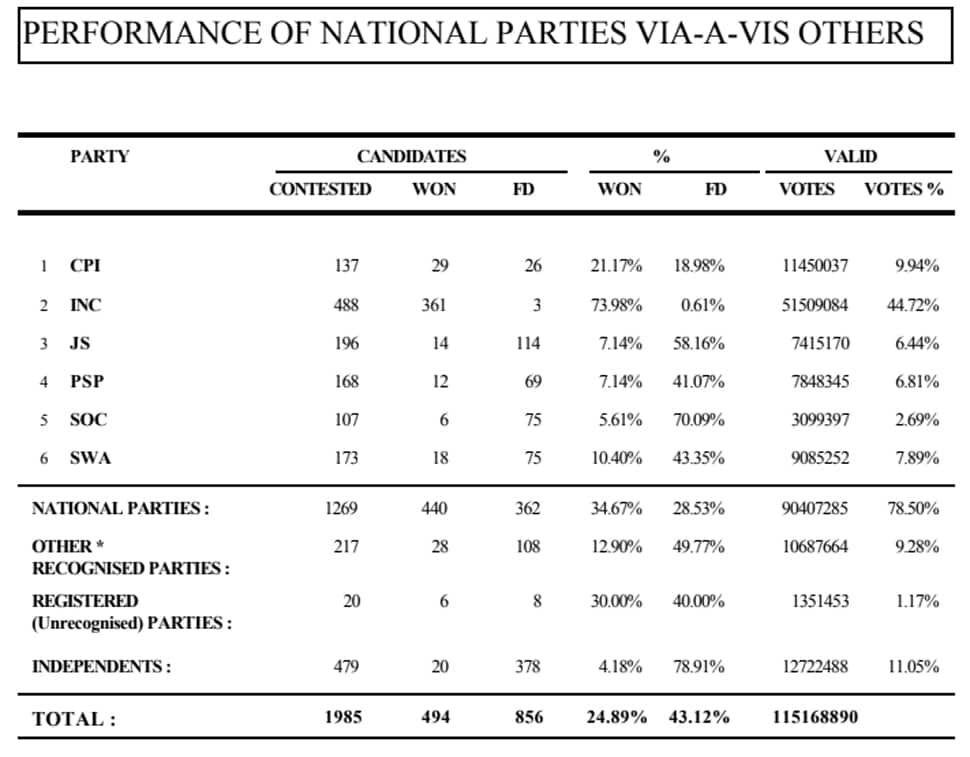 In all, there were 1269 contestants from six national parties who won 440 seats with a vote margin of 78.50 per cent. The other recognised and unrecognised parties had nominated 217 and 20 candidates respectively of which 28 from recognised and 6 candidates from unrecognised category won from their constituencies.

The other notable thing in the 1962 results was the vote share of the Independent candidates, who had made their mark in both the 1951 and the 1957 elections. As opposed to its past tally, Independents contested in 479 seats and won just 20 seats with a vote margin of 11.05 per cent, way below their past performance.

The tally of women in the third Lok Sabha saw a considerable increase from 22 in 1957 to 31 in 1962. Of the 31 winners, 26 belonged to the Congress, four were from the Swantantra and one from Communist Party of India.

The third Lok Sabha that was constituted on 2 April 1962, continued till 3 March 1967 - albeit with several ups and downs. Jawaharlal Nehru was elected the prime minister for the third consecutive term. However, he died on 27 May 1964. Thereafter, Gulzarilal Nanda was sworn in as the interim PM for 13 days after which Lal Bahadur Shastri took oath as the prime minister on 9 June 1964. 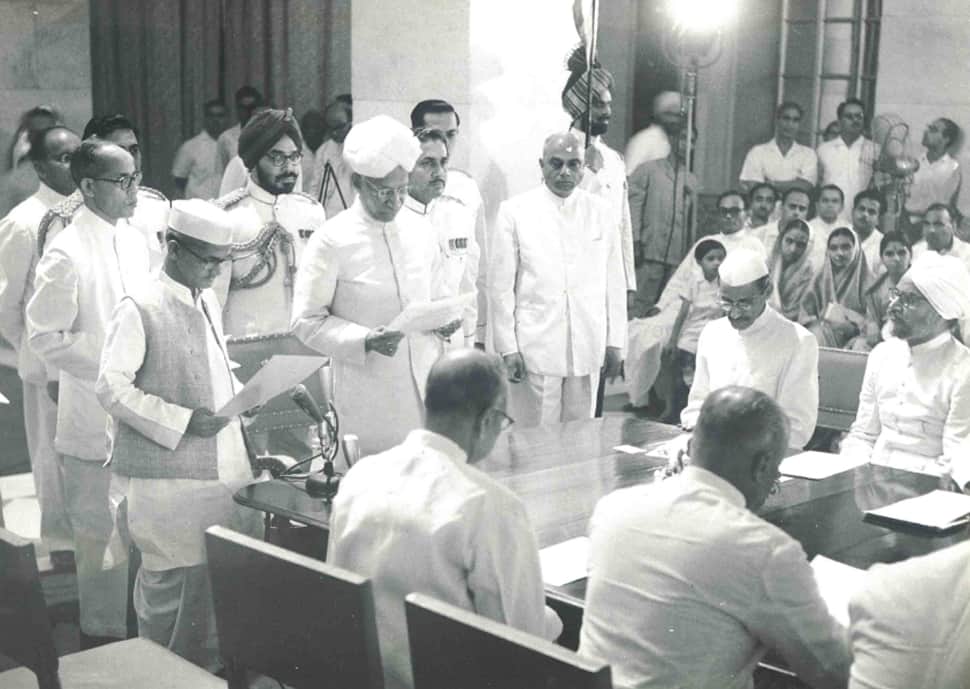 During Shastri's tenure, the Indo-Pakistan War of 1965 was held. His slogan of 'Jai Jawan Jai Kisan' became a household warcry which resonated with people from all walks of life. The Indo-Pak war formally ended with the Tashkent Agreement on 10 January 1966. Just hours after the agreement was signed, the unfortunate news emerged that Shatri had died in Tashkent. While it was initially reported that he died of cardiac arrest, the cause of his death is still one of the much-talked-about mysteries of the country.

After Shastri's death on 11 January 1966, Nanda has again appointed the acting PM. Thirteen days later, Indira Gandhi, who was a Rajya Sabha member from Uttar Pradesh, was sworn in as the third prime minister of the country on 24 January 1966.