The verbal duel between Jaya Prada on one side and Abdullah and Azam Khan on the other has been bitter, often bordering on derogatory. 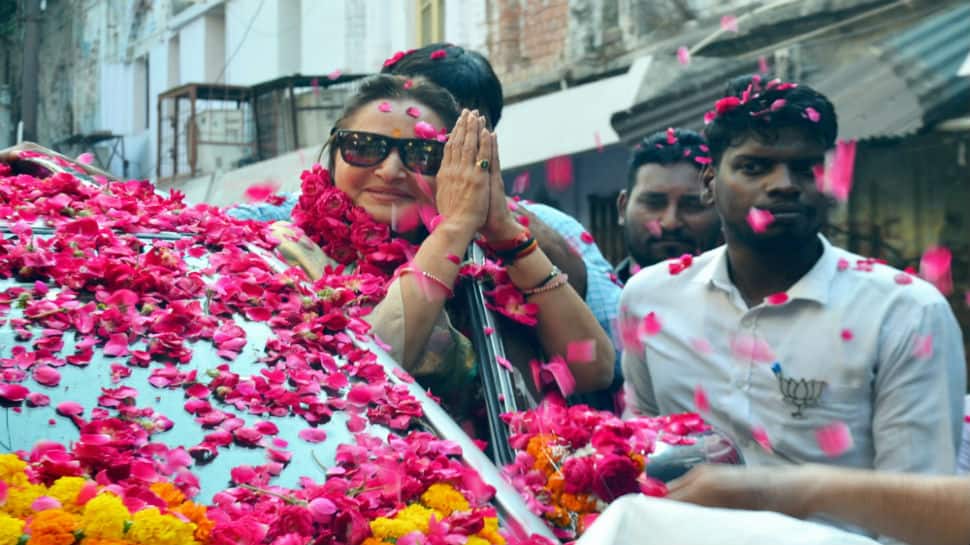 New Delhi: Jaya Prada on Monday lashed out at Abdullah Azam Khan for his remarks from a day earlier in which he described her as 'Anarkali.'

Abdullah, son of Samajwadi Party leader Azam Khan, had - without actually taking Jaya Prada's name - had suggested that Rampur Lok Sabha constituency will accept both Bajrangbali and Ali but will reject Anarkali. It is believed to be a clear reference to Jaya Prada who is contesting the Lok Sabha election on a BJP ticket from here. (Full report here)

Reacting to the remark, Jaya Prada said that Abdullah has taken the habit of making cheap remarks from his father. "I cannot decide whether to laugh or to cry after listening to his remark. Like father, like son. But I had not expected this from Abdullah. He is an educated man," she told news agency ANI. "His father says I am Amrapali. He says I am Anarkali. Is that how they see women?"

The verbal duel between Jaya Prada on one side and Abdullah and Azam Khan on the other has been bitter, often bordering on derogatory.

Azam Khan, in particular, has had to face massive backlash for reportedly making numerous crass remarks against his former SP colleague who has since joined BJP. The two are direct rivals in the Rampur Lok Sabha constituency which votes in the third phase this Tuesday.