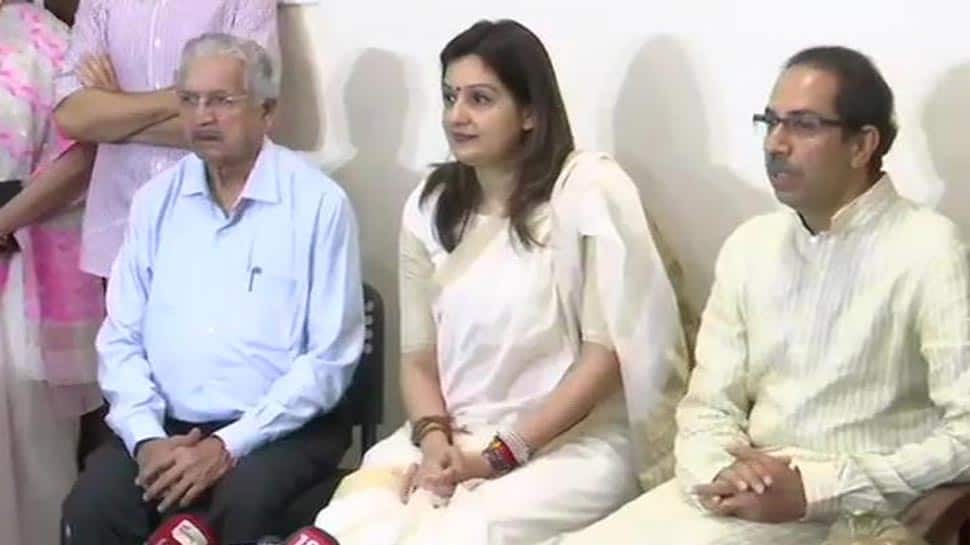 MUMBAI: Priyanka Chaturvedi joined the Shiv Sena on Friday, hours after resigning from all posts and primary membership of the Congress. The development comes a day after she went public with her resentment against Congress' decision to reinstate leaders who misbehaved with her.

Explaining her reasons for quitting Congress, Chaturvedi said that while the party spoke about women safety and empowerment, it failed to act against leaders who harassed her.

“It is a well thought out decision to join Sena. Maharashtra is my birthplace. I live and breathe this place. It is my honour to be able to serve the state now. I decided to return to Mumbai and serve the people here, more importantly work towards women's rights extensively. I couldn't think of any other party but the Shiv Sena," she said.

When asked if she was miffed with Congress on being denied a ticket to contest in the Lok Sabha poll, Chaturvedi said, “It is not true that I quit Congress after being denied Lok Sabha ticket. I was hopeful, but reason to quit the party is not based on candidature. I spent ten years in politics and respect for women remains my top agenda. I was disturbed after goons were reinstated in the party. This meant that me as a party member did not matter to them.”

Welcoming Chaturvedi in the party, Thackeray said that Shiv Sena workers have got a "good sister" in Chaturvedi.

Chaturvedi was upset at the reinstatement of some Congress workers in Uttar Pradesh who had "misbehaved" and "threatened" her during her press conference on Rafale deal in Mathura a few days ago. The Uttar Pradesh Congress Committee (UPCC) had suspended some of its workers for their unruly behaviour but the orders were reportedly revoked after the intervention by Congress General Secretary for Uttar Pradesh West Jyotiraditya Scindia.

In a tweet, Chaturvedi said it is saddening that those who threatened her have got away without even "a rap on their knuckles".

She also shared the resignation letter on her Twitter handle.