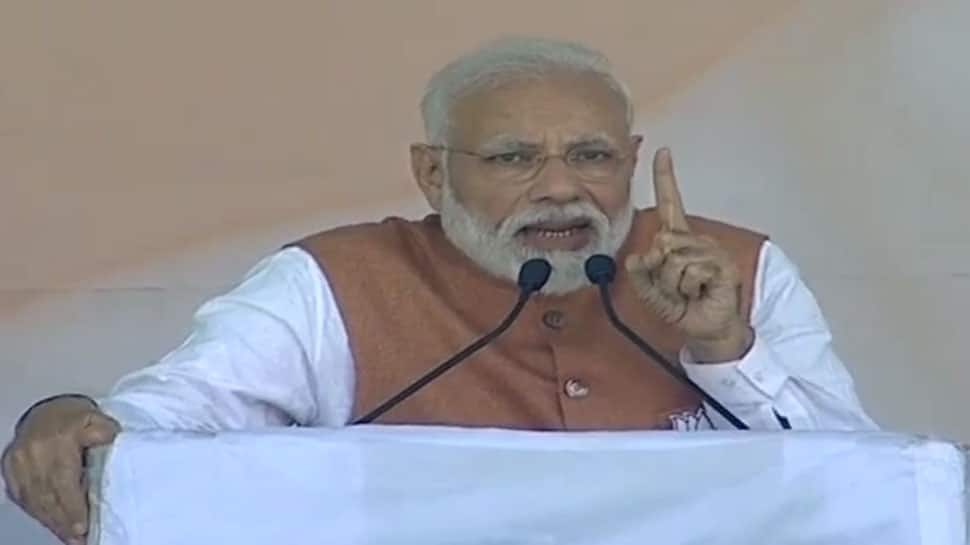 "When India hit terrorists in their houses, what was the stand of opposition parties, you have all seen. Even when our scientists made achievements, they found excuses to belittle them," the PM said at a mega rally at Aalo's ITBP Ground in West Siang district of Arunachal Pradesh.

Asking voters to "punish" opposition parties in the upcoming elections, Modi asked, “Whenever country makes achievement, don't you feel happy? But there are people who feel disheartened by India's success stories”

Immense support for BJP in Arunachal Pradesh. Watch my speech at Aalo. https://t.co/7rvmSVbeyh

“Your government honoured your hopes. The watchman was given opportunity to put Arunachal on rail map after seven decades of Independence,” he added.

“After 70 years of independence, just 40 per cent of Assam households had electricity. But today almost every household has access to electricity. All of this has been possible with your blessings,” said Modi at the Moran rally.

“Protecting the cultural heritage of Assam or removing intruders from the state, all of this have been achieved with your blessings,” said the Prime Minister.

Listing his government's achievements, the PM said the Centre has provided power connection to 50,000 families, gas connection to 40,000 mothers and sisters and built toilets for over 1 lakh families in the last five years.

The Prime Minister is scheduled to address another rally at Ghaigaon in Gohpur.

In 2014 Lok Sabha polls, the BJP had won eight seats. It won seven of the 14 seats in Assam and one seat in Arunachal Pradesh.