'Ordinary and foolish' Uma Bharti is against comparisons with Sadhvi Pragya

Uma Bharti had won from Bhopal Lok Sabha constituency on a BJP ticket back in 1999. The party has now tasked Sadhvi Pragya to lead its charge here. 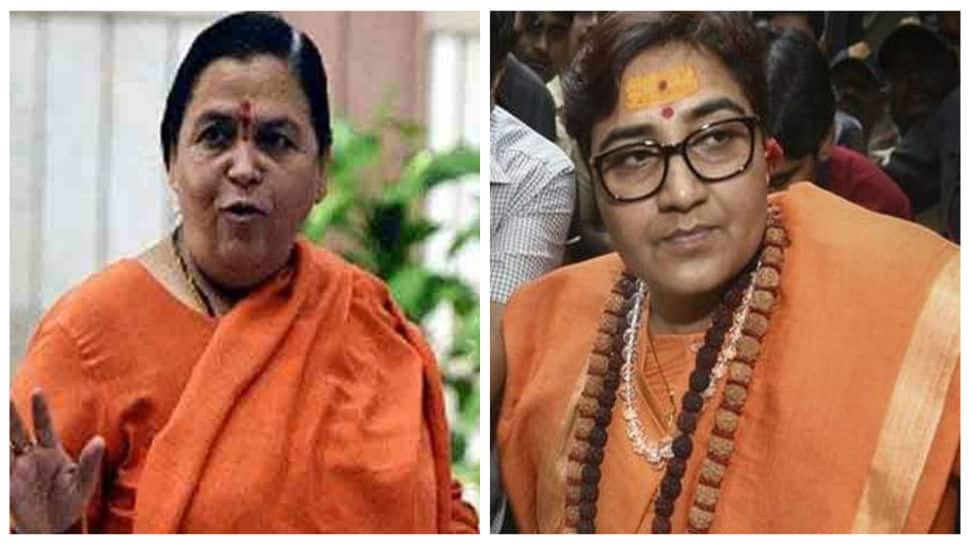 Uma Bharti has been a key political figure for the Bharatiya Janata Party (BJP) in the state of Madhya Pradesh over the years. All eyes currently, however, are on another saffron-wearing woman - Sadhvi Pragya - who is the party candidate from Bhopal Lok Sabha constituency. And Bharti appears only too gracious to let the new entrant in politics have the spotlight.

49-year-old Sadhvi Pragya joined BJP earlier this month and was named its candidate from Bhopal for the ongoing Lok Sabha election 2019 shortly after. She faces veteran Congress leader Digvijaya Singh and has courted controversies galore since her official entry into politics. Bharti, who has been associated with the BJP for decades, too has been a controversial figure and won Lok Sabha election from Bhopal back in 1999. For now though, she is all praise for Sadhvi Pragya. "She is a great saint. Don't compare me with her. I'm just an ordinary and foolish creature," she told reporters on Saturday when asked if Sadhvi Pragya had taken her place in Madhya Pradesh politics.

While it is not clear if her comment shows her humble side or if it had a sarcastic undertone, 59-year-old Bharti - minister of drinking water and sanitation in the Narendra Modi cabinet - appeared keen on letting Sadhvi Pragya take the fight to Congress. And Sadhvi Pragya intent on doing just that, with Bharti's blessings. "Uma didi is elder to me and she respects me a lot. She has a very simple heart," she said of her senior party leader.

All eyes are now on Sadhvi Pragya, an accused in the Malegaon Blast case, whose entry into politics and in the election field has been slammed by political rivals of BJP. Many even said the Election Commission ought to stop her from contesting in the election but the BJP candidate filed her nomination last Monday.

Since making her debut in politics, Sadhvi Pragya has made a number of controversial remarks ranging from her role in Babri Masjid demolition to a 'curse' which led to 26/11 hero Hemant Karkare's death in the Mumbai attacks. She has also tried to gain sympathy by alleging she was tortured by Maharashtra Police and ATS when she was in their custody in the aftermath of the Malegaon blast.

Sadhvi Pragya is now tasked with leading BJP's charge in Bhopal, a seat that the party has not lost since 1984. Congress too is keen to snatch a win and named Digvijaya despite rumours that the leader was not too keen on contesting from here.

Bhopal Lok Sabha constituency will vote on May 12.