Singh also claimed that Congress general secretary Priyanka Gandhi, handling the eastern Uttar Pradesh will be able to make 'no impact' on the state's electoral scenario. 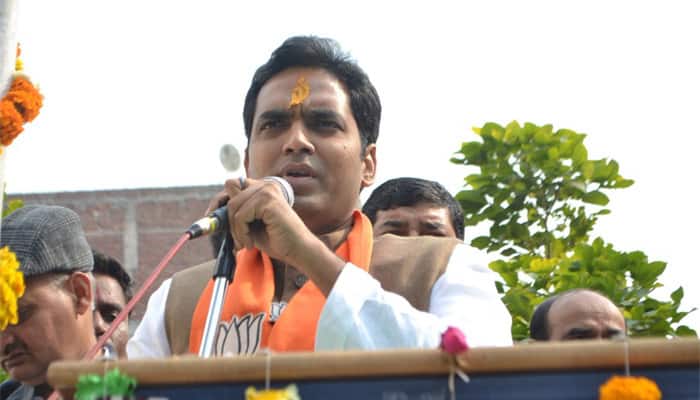 Pinning its hopes of an 'overwhelming victory' in the 2019 polls on the 'high level' of awareness, the BJP on Wednesday claimed the SP, BSP and Congress would be wiped off the country's political landscape.

"The people of the country are aware of developments taking place in the country and in their vicinity," UP BJP general secretary Pankaj Singh told PTI in an interview.

"Parties like the SP, BSP and the Congress were earlier confined to a few states and seats in the country. But this time the people of the country will completely wipe them off the electoral landscape," he added.

Reacting to SP chief Akhilesh Yadav's recent statement that the BJP will face difficult times in the Lok Sabha polls, Singh, the sitting Noida MLA, said, "Earlier the SP used to fight on 80 seats in the state and bag four or five seats. Now with the SP contesting on 37 seats, you can very well imagine (the result)."

"In fact, the Congress, SP and the BSP are fighting the last battle for their existence. This time, UP will see their end," said Singh, the son of Union Home Minister Rajnath Singh.

He also exuded confidence that the wining margin of his father, the sitting BJP MP from Lucknow, in the coming polls would be bigger than what it was in 2014.

Singh also claimed that Congress general secretary Priyanka Gandhi, handling the eastern Uttar Pradesh will be able to make 'no impact' on the state's electoral scenario.

The people of the country, harassed and exploited by the Congress for several decades, have now become enlightened.

"In 2014, the people elected Narendra Modi, and in the past five years, they have seen the government's functioning. They now know how a government is run. They know how basic facilities are given to different sections of the society. People of the country want a leader like Prime Minister Narendra Modi," he said.

Pankaj Singh also accused the BJP's rival parties in Uttar Pradesh of indulging in politics over Lord Ram and the Ganga.

He also termed the Congress' poll promise of a minimum income of Rs 72,000 a year to the 20 percent of the poorest in the country a 'stunt.'

"The Congress gave the slogan of Garibi Hataao, but in reality, they never worked to eradicate poverty. This is an election stunt of the Congress. This is an effort by the party to dupe the poor," he said.