Polling officials meet with an accident in Assam, army comes to rescue

Police jeep on election duty met with the accident while escorting a convoy carrying EVM machines near Bokajan village in Karbi, leaving three policemen and one civilian injured. 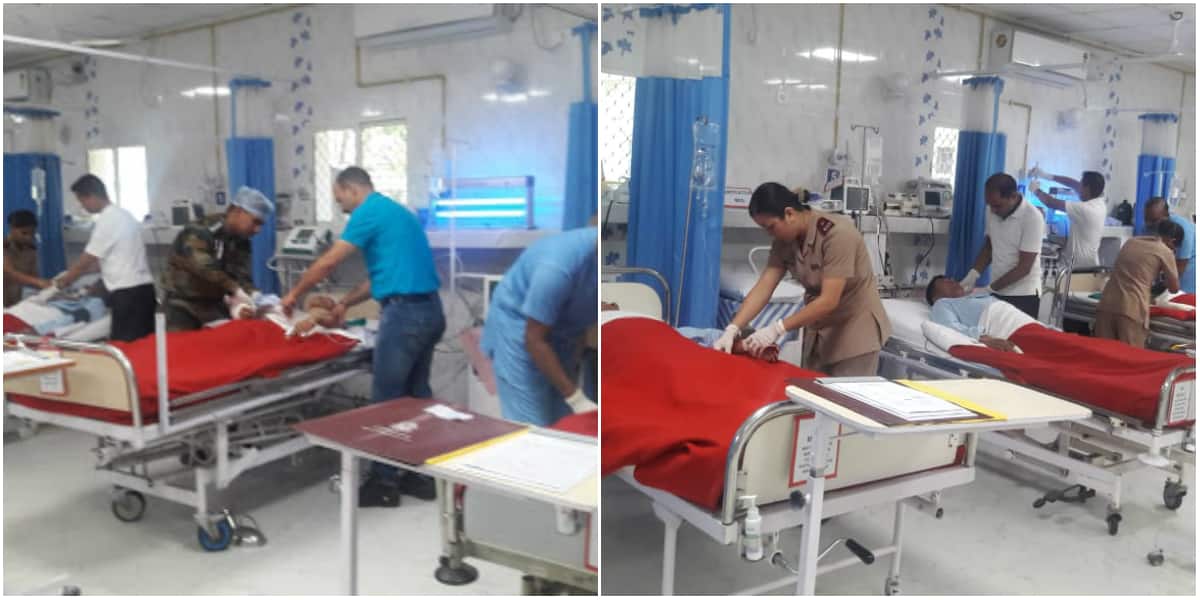 Karbi: Army officials in Assam's Karbi district came to the rescue of polling officials who got injured during a road accident here on Thursday night.

A police vehicle on election duty met with the accident while escorting a vehicle carrying EVM machines near Bokajan village in Karbi, leaving three policemen and one civilian injured.

After the incident, a request was received from ADG Police (Law and Order), Assam, to provide necessary assistance to those injured in the accident. The army immediately swung into action and the Military Hospital at Dimapur was alerted.

Patients who had multiple head and chest injuries were immediately resuscitated and admitted in the Intensive Care Unit (ICU). A surgical team also attended to the patients and provided necessary treatment.

It has now been confirmed by the army that the condition of all the patients is stable and they are out of danger.

Five Lok Sabha constituencies in Assam voted during the second phase of polling on April 18.  Karimganj(SC), Silchar, Autonomous Districts(ST), Nowgong and Mangaldoi went to polls to decide the fate of 50 candidates.