Vijayan said just because his party lost in Lok Sabha polls he was not going to change his style of functioning and also there was no need for resignation of his government. Refusing to accept the perception that the poll verdict was against his government and Sabarimala issue had its impact, Vijayan said the BJP would have been the "biggest beneficiary" if it was indeed a factor. 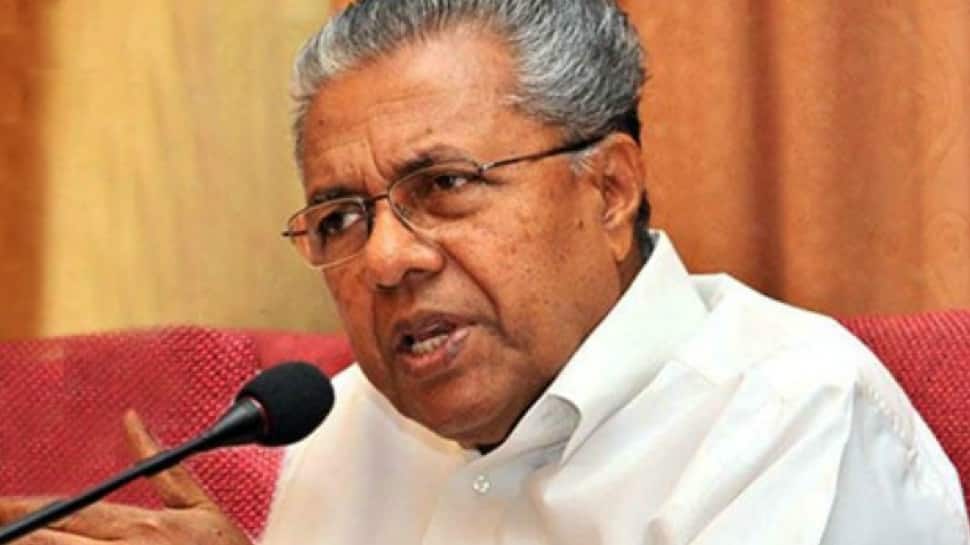 Thiruvananthapuram: Kerala Chief Minister Pinarayi Vijayan Saturday said the Sabarimala women's entry issue was not the reason for the ruling LDF's rout in Lok Sabha elections and claimed many voted for Congress expecting it to form the government at the Centre.

In his first media interaction after the CPI-M led LDF won only a lone seat out of the 20 in the state, the Marxist veteran also took a dig at Congress President Rahul Gandhi, saying the poll outcome showed why he chose Wayanad in Kerala as his second seat.

He was apparently referring to Gandhi's humiliating loss in his traditional stronghold of Amethi in Uttar Pradesh.

Vijayan said just because his party lost in Lok Sabha polls he was not going to change his style of functioning and also there was no need for resignation of his government. Refusing to accept the perception that the poll verdict was against his government and Sabarimala issue had its impact, Vijayan said the BJP would have been the "biggest beneficiary" if it was indeed a factor.

"Most voters thought Congress will come to power and hence voted for them. This being a Lok Sabha election and not for the assembly, many decided to vote for the Congress.
"Besides, Rahul Gandhi's candidature from Wayanad also helped them to win," the chief minister said explaining the reasons for the defeat.

The state witnessed protests by devotees, right-wing groups and BJP last year after the LDF government decided to implement the Supreme Court's September 22 verdict allowing women of all age groups to offer prayers at the Lord Ayyappa temple in Sabarimala.

The court order ended the traditional ban on women and girls of menstrual age from entering the hill shrine where the presiding deity is a "Naishtika Brahmachari" (eternal celibate).

The BJP had pinned its hopes on the issue to open its account in Lok Sabha from the state, but came a cropper. Vijayan claimed attempts were made to create misunderstanding regarding matters of faith and the government would look into them.

"Sabarimala never affected this election. If Sabarimala was a factor, the biggest beneficiary would have been the BJP. The BJP had hoped to win the Pathanamthitta seat, however, its candidate came third," he said.

He also said no government could step aside from implementing the Supreme Court verdict on Sabarimala. "Some elements had tried to exploit matters of faith. We will examine this. We do not consider this as a mandate against the Left government. But its a fact that we had a faced a setback. But not against the government," he said.

Referring to Rahul Gandhi's election from Wayanad, he said the candidature of the Congress chief gave out a message he was here to fight the Left and not the BJP. "When he came here to contest, we asked one question. Who was he going to fight here? Instead of fighting the BJP, the message that went out was to defeat the Left Front," Vijayan said.
Taking a dig at the Congress chief, he said now everyone knew why Gandhi came to Kerala to fight the elections.

"He came looking for a seat to win. Congress doesn't have a seat in 13 states. They have just one seat in nine states. This is the situation of Congress. People thought Rahul Gandhi was coming to power and voted for Congress," he added.

Vijayan said there was no need for his government to step down just because the opposition was demanding it. "It's usual for the opposition to seek resignation... But we do not think this result has affected the support base of our party. The civil society does not consider this as a setback to the government," he said adding when the time came the state would provide its support to the LDF.

The Left front faced its biggest defeat in the recent history, conceding 19 seats to the Congress-led UDF in the recent Lok Sabha polls.

Meanwhile, Finance Minister Thomas Isaac said the result was completely unexpected. Isaac, in his Facebook post, said the defeat will affect the influence of the Left parties at the national level.

"Both the BJP and the Congress, who had at first welcomed the Supreme Court verdict on Sabarimala, later jumped into agitation after seeing it as an opportunity for political exploitation. Both were able to communally misguide those groups who were supporters of the Left. And that particular vote base went to the Congress-led UDF," Isaac said, taking a contrary view to that of Vijayan on the impact of Sabarimala issue.

He said CPI-M had pinned its hopes on "Left-leaning" Dalit groups and on religious minorities, who were 'impressed' with his party's 'relentless' fight against BJP and was unable to understand the shift in votes.