Her remark comes after Banerjee said she did not consider Narendra Modi as the Prime Minister and felt like “giving him a tight slap of democracy”. 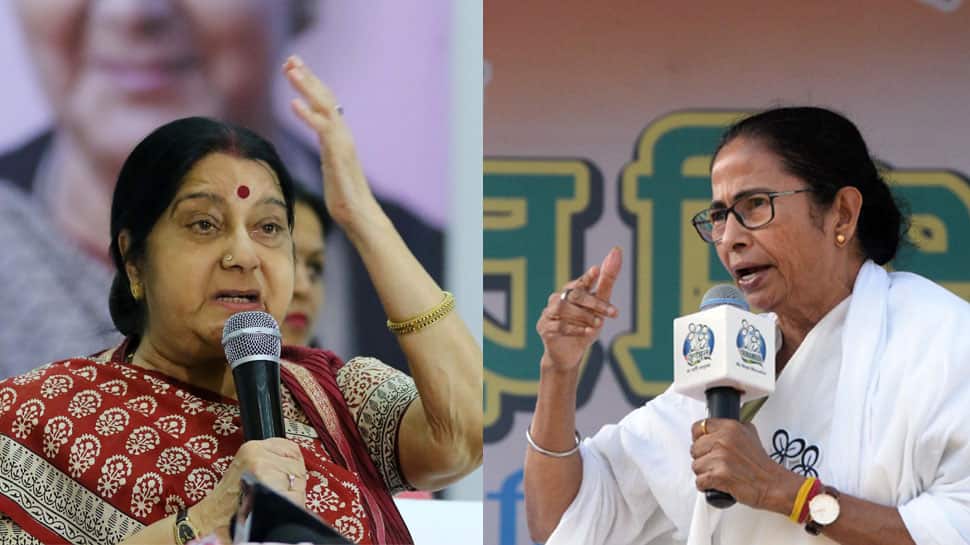 NEW DELHI: External Affairs Minister Sushma Swaraj lashed out at West Bengal Chief Minister and Trinamool chief Mamata Banerjee on Tuesday, May 7, accusing her of “crossing all limits”. The development comes after Banerjee said she did not consider Narendra Modi as the Prime Minister and felt like “giving him a tight slap of democracy”.

"Mamata ji, you've crossed all limits today. You are the chief minister of a state and Modi ji, the country's Prime Minister. Tomorrow, you'll have to talk to him. Which is why I'm reminding you of a couplet by Bashir Badr: Dushmani kam karo lekin gunjaish rahe ( Harbour animosity but tomorrow if we become friends, don't be ashamed)," she tweeted.

Speaking at a rally in Purulia, Banerjee on Tuesday said, "I don't take salary or pension. I write books and they are best sellers. I don't take money for my paintings. I could have made thousands of crores. But I don't need money. I run the party this way. So, when Narendra Modi comes to Bengal and accuses that my party uses syndicate money, I feel like giving him a tight slap of democracy."

PMO sources told news agency ANI that two attempts were made to connect PM Modi to West Bengal CM without any success. The remarks came after certain sections of media reported that Trinamool Congress is unhappy over PM Modi's dialogue with West Bengal Governor Keshari Nath Tripathi over Cyclone Fani.

"Attention has been drawn to reports in a section of media, that TMC has expressed its displeasure at PM Modi speaking only to WB Governor, about the post-Fani situation in the state. TMC have claimed that the PM had called Odisha¬ WB CM. The claim is incorrect," PMO sources were quoted as saying by ANI.

Cyclone Fani, one of the strongest storms to batter the Indian subcontinent in decades, made landfall in West Bengal late on Friday.