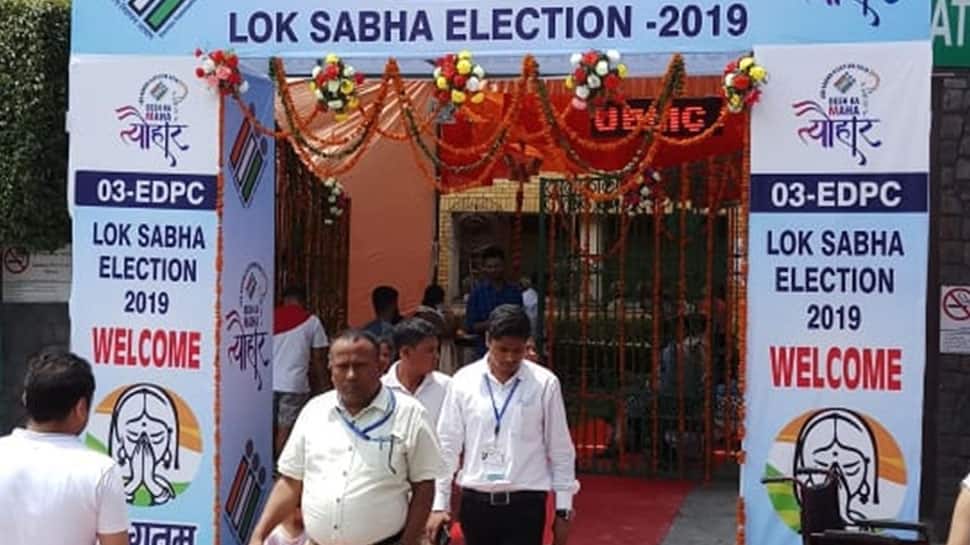 The polling for all the 543 constituencies spread across seven phases of the Lok Sabha election 2019 will come to an end on Sunday evening. The polling in Tamil Nadu took place in 38 constituencies in the second phase (single phase) out of the total 39 constituencies and a total of 830 candidates were in the fray. The voting in Vellore seat was canceled following allegations of excessive use of money power. Zee News will show the "poll of polls" which will include details of all the exit poll surveys released by different pollsters and TV news channels.

After polling concludes at 6 pm, various pollsters and news channels - Today's Chanakya, Republic-CVoter, ABP-CSDS, News18-IPSOS, India Today-Axis, Times Now-CNX, NewsX-Neta - will release their exit poll results on the election about the number of seats different parties are likely to win on May 23 when the counting of votes takes place and results are declared.

This was the first major election in Tamil Nadu without the stalwarts and former Chief Ministers late AIADMK leader J Jayalalithaa and late DMK leader M Karunanidhi. In Tamil Nadu, the AIADMK, is contesting as part of the NDA. The alliance comprises among others BJP, PMK, DMDK and Tamil Maanila Congress of former union minister G K Vasan. The state has an electorate of 5.91 crore and nearly 67,700 polling stations were set up with tight security.

Neither Congress nor BJP to get majority in Lok Sabha poll: TRS leader