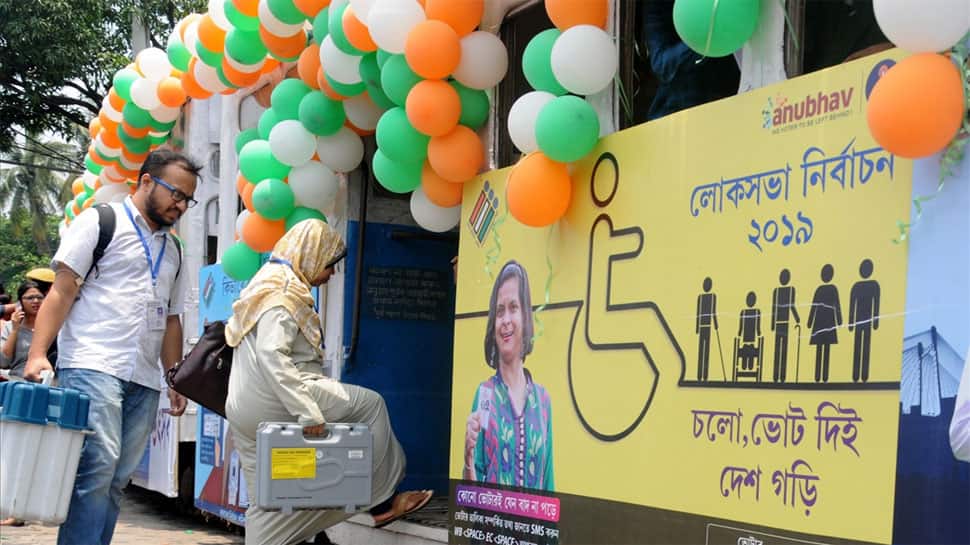 The polling for all the 543 constituencies spread across seven phases of the Lok Sabha election 2019 will come to an end on Sunday evening. The polling in West Bengal took place in 42 constituencies in seven phases and a total of 466 candidates were in fray. However, violence and ruckus were witnessed in the state during polling in all the phases. Zee News will show the "poll of polls" which will include details of all the exit poll surveys released by different pollsters and TV news channels.

After polling concludes at 6 pm, various pollsters and news channels - Today's Chanakya, Republic-CVoter, ABP-CSDS, News18-IPSOS, India Today-Axis, Times Now-CNX, NewsX-Neta - will release their exit poll results on the election about the number of seats different parties are likely to win on May 23 when the counting of votes takes place and results are declared.

In West Bengal, the campaigning ended on Thursday due to orders of EC, which curtailed the campaign period in the state by a day following violence involving BJP and TMC workers in Kolkata during a roadshow of BJP chief Amit Shah. Parts of Kolkata witnessed widespread violence during Shah's massive roadshow in the city. A bust of 19th century Bengali icon Ishwar Chandra Vidyasagar was also vandalised during the violence.

"This is probably the first time that ECI has invoked Article 324 in this manner but it may not be last in cases of repetition of lawlessness and violence which vitiate the conduct of polls in a peaceful manner. The Commission is deeply anguished at the vandalism done to the statue of Vidyasagar. It is hoped that the vandals are traced by the state administration," the EC had said.