BJP's Mansukh Lal Mandaviya and Arjun Ram Meghwal rode their respective bicycles from their homes for the swearing-in ceremony. 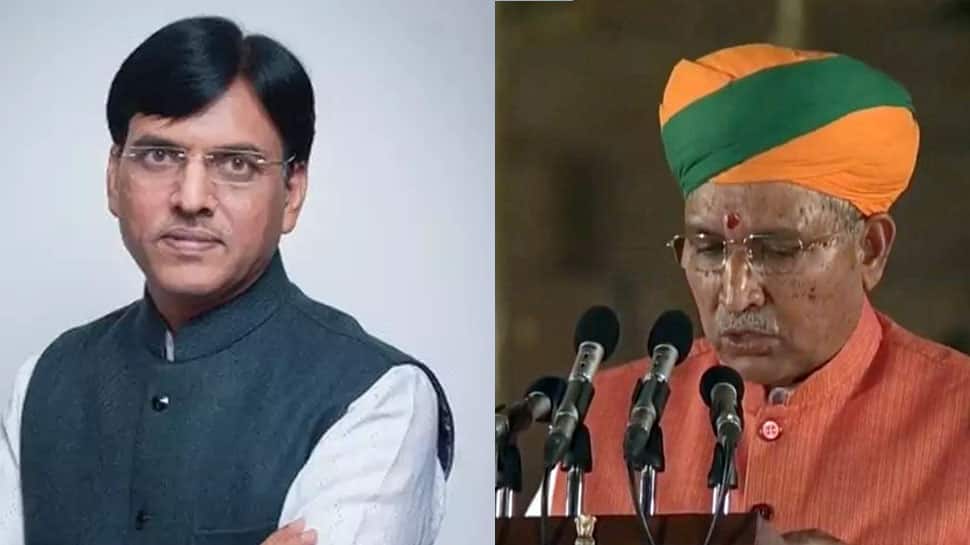 Amid the sight of thousands of dignitaries and Council of Ministers arriving in cars for the oath-taking ceremony of Modi government 2.0, two ministers stood out.

BJP's Mansukh Lal Mandaviya and Arjun Ram Meghwal rode their respective bicycles from their homes for the swearing-in ceremony.

Forty-six-year-old Mandaviya riding his cycle to Parliament had been a familiar sight over the past five years. When asked about it, he says, “It's not a fashion to ride a cycle. It is my passion.”

Born to a farmer in a small village Hanol in the Palitana taluka (tehsil) of Saurashtra`s region Bhavnagar district, Mandaviya became the youngest MLA in Gujarat at the age of 28 years in 2002. On Thursday evening, the BJP Rajya Sabha MP from Gujarat, become a Union minister for a second time. Mandaviya was the Minister of State for Road Transport, Highways, Chemical and Fertilisers and Shipping in previous NDA government.

For IAS officer-turned-politician Arjun Ram Meghwal, cycling to work is a passion – something he had to give up in 2016 after becoming a minister.

Meghwal, who defeated his cousin and Congress candidate Madangopal Meghwal from Bikaner, was retained as a minister in the second Modi government. Born in a family of weavers at Kishmidesar village in Bikaner, Meghwal was first elected to the Lok Sabha in 2009. He became the Minister of State for finance and cooperative affairs in July 2017 during a cabinet reshuffle.

Days after leading his party to a thumping victory in the 2019 polls, Narendra Modi took oath as the country's Prime Minister for a second consecutive term on Thursday. There are 24 cabinet ministers and a total of 33 MoS out of which nine have been given independent charge.