Reddy alleged that subsidy facilities, including education and 'Arogyasri' were completely abandoned by the Chandrababu Naidu government leaving the people to their own fate. 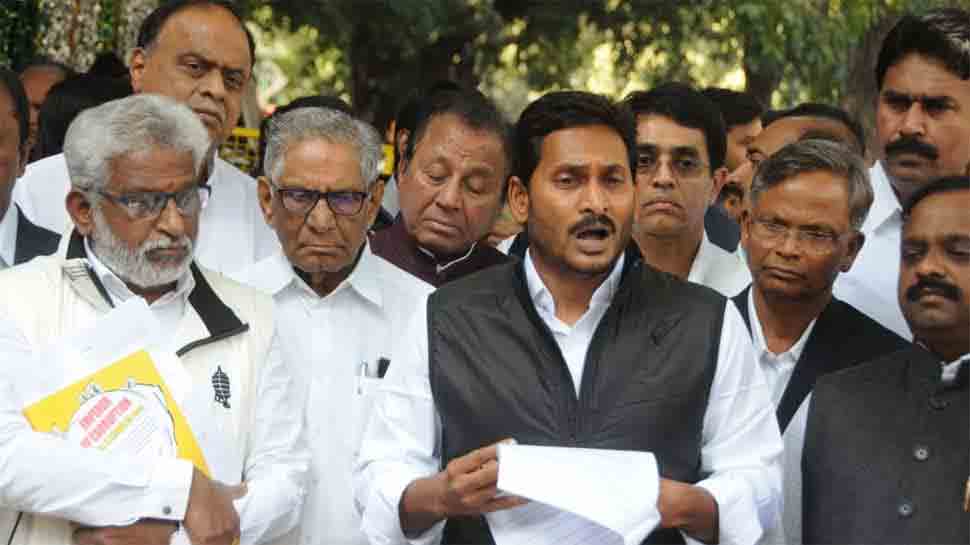 Reddy alleged that subsidy facilities, including education and 'Arogyasri' introduced for the poor and middle classes by the former Andhra Pradesh Chief Minister, the late YS Rajasekhara Reddy, were completely abandoned by the Chandrababu Naidu government leaving the people to their own fate.

Addressing a well-attended election rally in the temple city on the last day of campaigning for the first phase of elections on April 11, he claimed unemployment was on the rise in the State after Naidu came to power in 2014 with 2.3 lakh vacant posts not being filled.

Referring to Telangana Chief Minister K Chandrashekhar Raos support for Special Category Status for Andhra Pradesh, Reddy said it would be easy to achieve SCS with combined efforts of 25 MPs from AP and 17 MPs from neighbouring Telangana.

"The TDP government has failed to meet all-round development of the state and welfare of the people," Reddy said, urging people to vote for his YSRCP for good governance.

Reddy also faulted some sections of the media in the State for their alleged demonstration of fake videos, photos, audio clips and pre-poll surveys to deliberately malign the image of YSRCP.

Andhra Pradesh, which is going to the polls for 175 assembly and 25 Lok Sabha seats, is witnessing a multi-cornered contest involving the ruling TDP, YSRCP, Jana Sena of Pawan Kalyan, the Congress and the BJP.