AIMIM is contesting on 44 out of the 288 seats in Maharashtra. 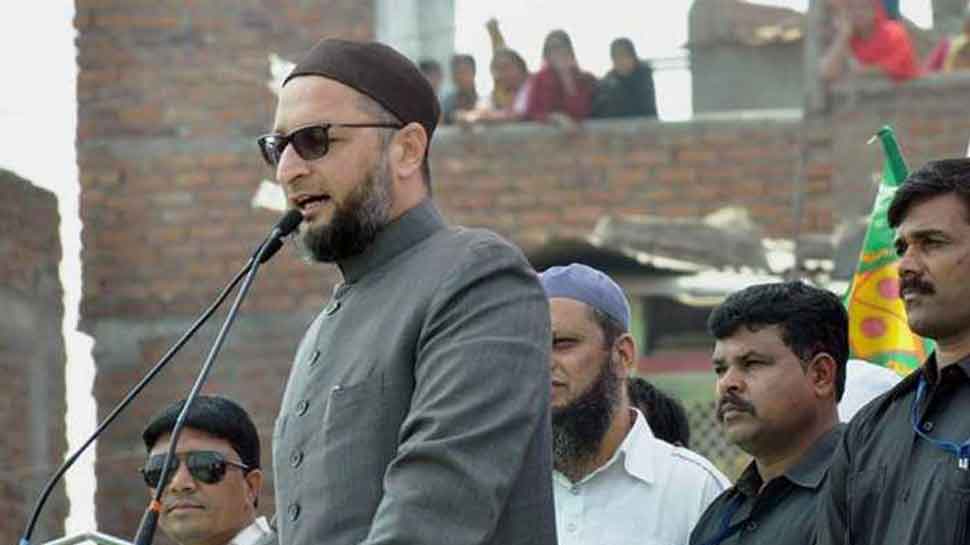 New Delhi: AIMIM Chief Asaduddin Owaisi, who addressed a campaign rally in Maharashtra's Aurangabad on Thursday, left the audience in surprise after he performed a dance step for a few seconds.

Owaisi, who was taking the stairs while getting down from the stage after concluding his rally, broke into dance, with his steps resembling the act of flying a kite, in an apparent reference to the party symbol of AIMIM.

Maharashtra: AIMIM Chief Asaduddin Owaisi performs a dance step after the end of his rally at Paithan Gate in Aurangabad. (17.10.2019) pic.twitter.com/AldOABp2yd

Launching an attack on the Narendra Modi-led central government, Owaisi while addressing the gathering, said, "I believe that the Prime Minister raises controversial issues during the elections so that he can give a message to RSS and right-wing people. In English, it is called dog-whistle politics.

He is saying that the 1993 bomb blast victim did not get justice. Prime Minister is wrong in saying this, all accused have been punished and Yakub was even hanged to death. But I want to ask him whether he will do justice on the advice of Justice Shri Krishna Commission report. He doesn`t speak on it".

AIMIM is contesting on 44 out of the 288 seats in Maharashtra. The elections in the state will be held on October 21 and the counting of votes will take place on October 24.