All schools and junior colleges in Mumbai will remain closed on Thursday even as the Indian Meteorological Department (IMD) predicted ''extremely heavy rainfall'' in Mumbai and its surrounding areas in the next 24 hours and issued a red alert in this regard. 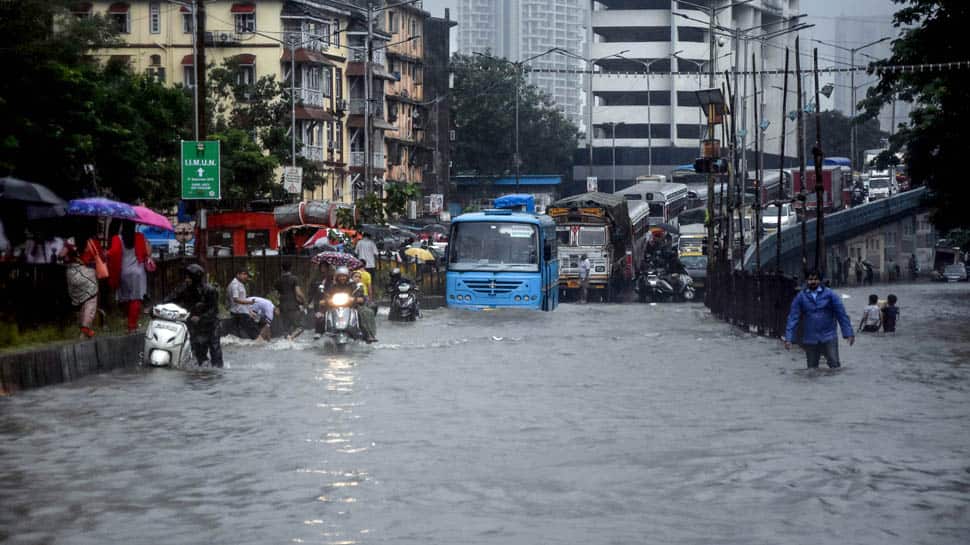 Mumbai: All schools and junior colleges in Mumbai will remain closed on Thursday even as the Indian Meteorological Department (IMD) predicted ''extremely heavy rainfall'' in Mumbai and its surrounding areas in the next 24 hours and issued a red alert in this regard.

In its weather forecast, the IMD said that very heavy rainfall was likely in Mumbai and isolated areas across Palghar, Thane and Raigad districts on Thursday. Other cities of Maharashtra including Nashik, Pune, and Aurangabad are also likely to witness another heavy spell of rainfall in the next 24 hours.

Meteorologists have predicted light rain along with short spells of moderate rain during the rally of Prime Minister Narendra Modi in Nashik today, Skymet reports.

A high tide of 3.89 metres is expected at 2.29 pm and officials have advised people not to venture in areas adjoining the seas. Gates of Mumbai's unique drainage system have been shut due to the high tide to prevent seawater entering the city.

Three National Disaster Response Force (NDRF) teams are on standby and a helpline number 1916 has been issued by the BMC to help people in distress if needed.

In the last 21 hours until 5:30 am on Thursday, Mumbai rains of 69 mm have been recorded, of which 6 mm rain has occurred in the past six hours, Skymet weather reports.

In the last 21 hours until 5:30 am today, Mumbai rains of 69 mm have been recorded, of which 6 mm rains have occurred in the past 6 hours#MumbaiRains #MumbaiRainlive #MumbaiRainsLive #weather #Monsoon2019 https://t.co/JyQFQrbWeE

Weather forecast by IMD: Intermittent rain or showers likely in city and suburbs with possibility of extremely heavy falls at isolated places.

BMC has advised people to stay away from areas prone to waterlogging and maintain distance from coastal areas. A helpline number 1916 has been issued by the Mumbai civic body to aid people in distress.

A high tide reaching 3.85 metres is expected at 2:29 pm on Thursday. People have been advised not to venture near the coastal areas during this period. The Mumbai Police has asked people to stay on alert and move out of their houses only if absolutely necessary.

The IMD has sounded heavy rainfall alert in Mumbai and surrounding areas from Thursday to Saturday. The Met Department issued a graphic of Mumbai city mapping out all the crucial points which are likely to receive torrential downpour. These areas have been marked with pink-coloured pointers. 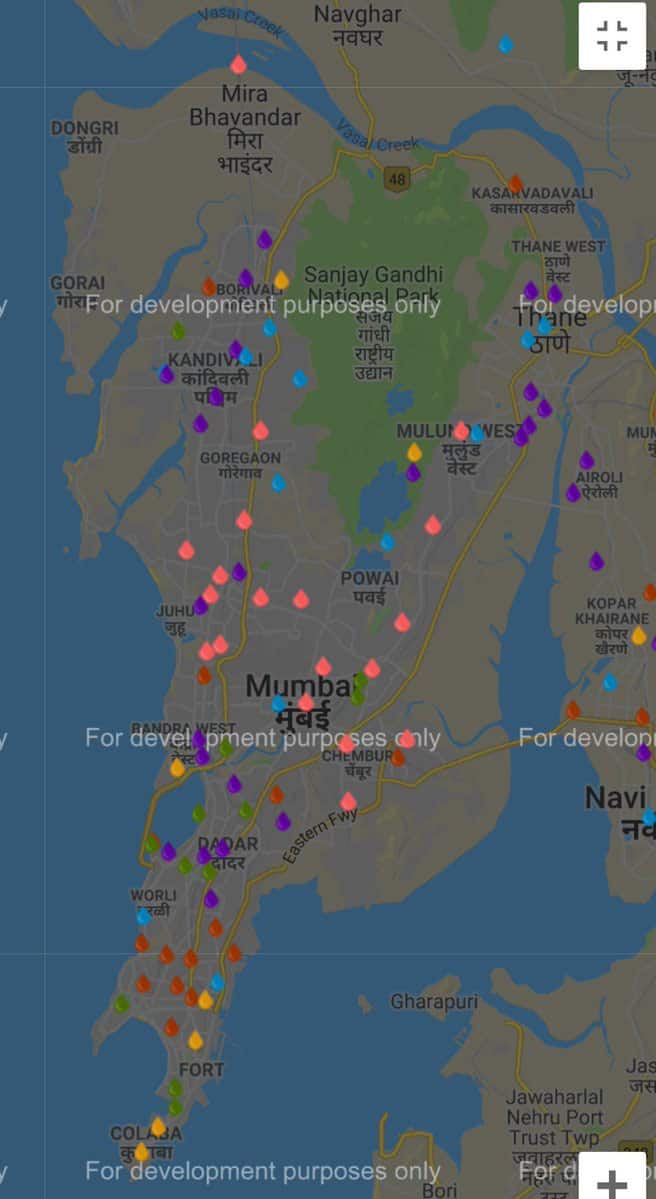 In the monsoon of 2019, Mumbai has received heavy and relentless rainfall. It is very likely that rains may even break the record of the highest rainfall in a single month of September. This year, the city has witnessed 915 mm of rainfall in September alone.

In view of the heavy rainfall forecast, Maharashtra Education Minister Ashish Shelar on Wednesday took to microblogging site Twitter and announced the state government's decision to declare a holiday for Thursday in all schools and junior colleges as a "precautionary measure", in Mumbai, Thane, and Konkan region.