While the woman was waiting for the train at platform number three, she experienced excruciating labour pain. 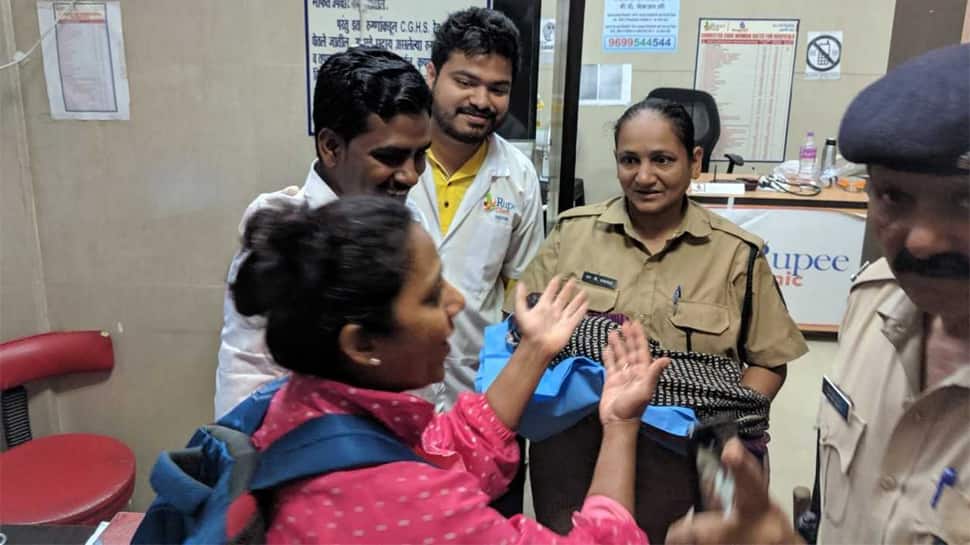 As Mumbai batters rain and waterlogging, a woman gave birth to a boy on the Dombivli station when she was stuck in a massive crowd.

She was headed to Mumbai CST from Khadavli where she had to be admitted to Cama Hospital for delivery. However, while she was waiting for the train at platform number three, she experienced excruciating labour pain.

She informed the women nearby and with the help of CRPF women, she was given immediate assistance. Doctors and nurses at the One Rupee Clinic in the station swung into action and attended to the pregnant woman. She gave birth to a boy at the platform itself.

After the delivery, both mother and son were sent to a local government hospital for further treatment along with her husband and Government Railway Police (GRP) personnel. Both the mother and the child are in good health. The woman has been identified as Jasmin Shabbir Sheikh. The family thanked the railway authorities, doctors and other staff for rendering timely assistance.

One of the nurses who attended to the woman told news agency ANI, "The lady delivered a baby boy on platform no 3 at 7.21 am. Dr Akshay attended to both mother and baby boy. This is the eighth delivery at the railway station assisted by One Rupee Clinic staff." These clinics provide timely medical assistance to passengers at a token charge of Re 1.