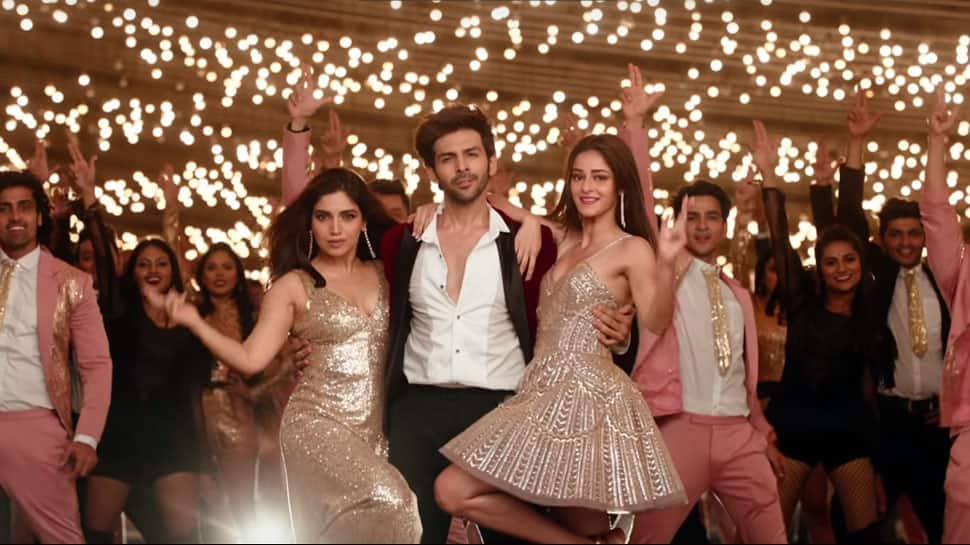 New Delhi: The much-awaited 'Ankhiyon Se Goli Mare' song from 'Pati Patni Aur Woh' has been unveiled. It happens to be the remixed version of the iconic song featuring Govinda and Raveena Tandon from the movie 'Dulhe Raja'.

The new version features Kartik Aaryan, Bhumi Pednekar and Ananya Panday grooving to the foot-tapping beats. It has been sung by Tulsi Kumar and Mika Singh.

The music of remixed version is composed by Tanishk Bagchi and the lyrics are penned by Shabbir Ahmed.

'Pati Patni Aur Woh' is a remake of the 1978 classic of the same name starring Sanjeev Kumar, Vidya Sinha and Ranjeeta Kaur respectively. In the 2019 remake, along with Kartik, actresses Bhumi Pednekar and Ananya Panday will be seen playing the lead roles.

The remake has been directed by Mudassar Aziz and is produced by Bhushan Kumar. 'Pati Patni Aur Woh' remake is set to hit the screens on December 6, 2019.

This is the first time that the lead trio has joined forces for a project.

Tyga to perform in Mumbai for the 1st time