Padmaavat: Ranveer Singh and Jim Sarbh will cast a spell on you with Binte Dil – Watch

Penned by A M Turaz and composed by Bhansali, Binte Dil is a classic number that displays the lustful side of Ranveer’s character in the film. 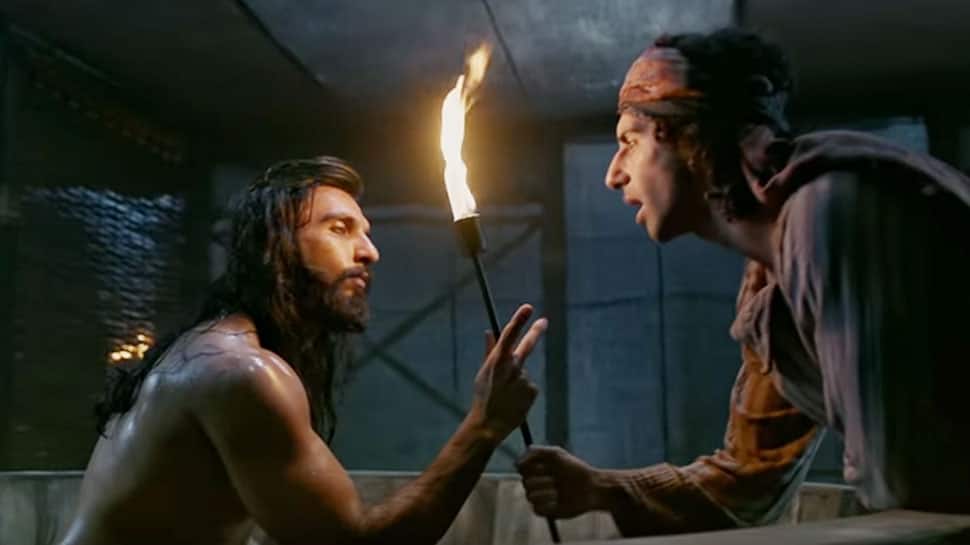 Mumbai: Binte Dil, the fourth track from Sanjay Leela Bhansali’s Padmaavat has been unveiled and it’s melodious enough to impress you. Picturised on Jim Sarbh (who plays Malif Kafur) and Ranveer Singh (who plays Alauddin Khilji), Binte Dil showcases a slave-general’s devotion for his master.

The song sung by Arijit Singh has an Arabic influence and it sounds lyrically melodious while befitting the context of the scene in the best way possible.

Penned by A M Turaz and composed by Bhansali, Binte Dil is a classic number that displays the lustful side of Ranveer’s character in the film.

Watch the video embedded below:

Talking about his experience working with Bhansali, Jim Sarbh who had played a terrorist in Sonam Kapoor’s Neerja told IANS: “In Padmaavat, you are pushed to be as good as the frame, to have a presence that lives up to the grand, operatic, intricate, beautiful frame that you inhabit. I love trying to rise to that. I heard that Sanjay Leela Bhansali has an eye for detail, and it shows in his work, but seeing it first hand is a powerful experience.”

"I feel so grateful to have worked with someone who so deeply cares about his film, about every single element in his frame,” he added.

The film has minted over Rs 150 crores so far.