Prateek Kuhad is already one of the most influential figures in the Indian independent music firmament and he has the recognition to prove it. 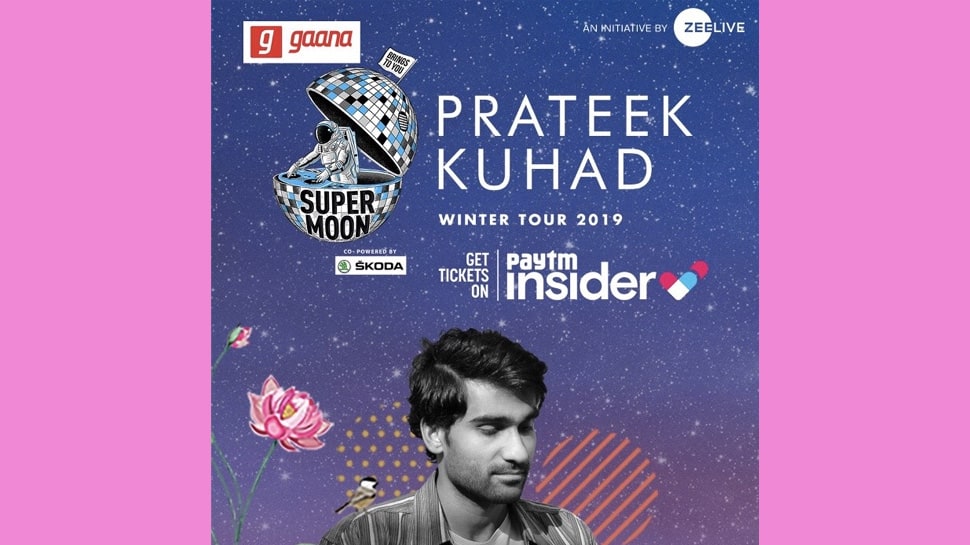 A shout-out to all the Kuhad fans out there as our all-time favourite singer-songwriter Prateek Kuhad is going to leave a cold/mess on your city. Kuhad will be performing in Pune, Mumbai, Bangalore & Delhi as part of his Winter Tour at Supermoon.

After 7 sold-out shows, Gaana presents Supermoon co-powered by Skoda featuring Prateek Kuhad Winter Tour is back with a bang. Kuhad's 11-city tour in India began on October 10 in Hyderabad, followed by houseful shows in Chennai, Kolkata, Surat, Ahmedabad, Chandigarh, and Jaipur. The December shows are in Pune, Mumbai, Bangalore, and Delhi.

Kuhad's India Tour comes over a year since the release of cold/mess which hit #1 on iTunes India charts upon release in July 2018 and has been streamed by millions of fans around the world. Kuhad also became one of the most-streamed Indian artists on Spotify, within weeks of the streaming service's launch in India.

Kuhad is already one of the most influential figures in the Indian independent music firmament and he has the recognition to prove it. He has won the MTV Europe Music Award, the Indie Album of the Year Award from iTunes, and was named Best Pop Artist at the Radio City Freedom Awards. Over the past few months, Prateek has seen his fan base build across borders and oceans. Splitting his time between New York and New Delhi, the 29-year-old singer-songwriter is well on his way to becoming a truly global artist with a global fan-base.