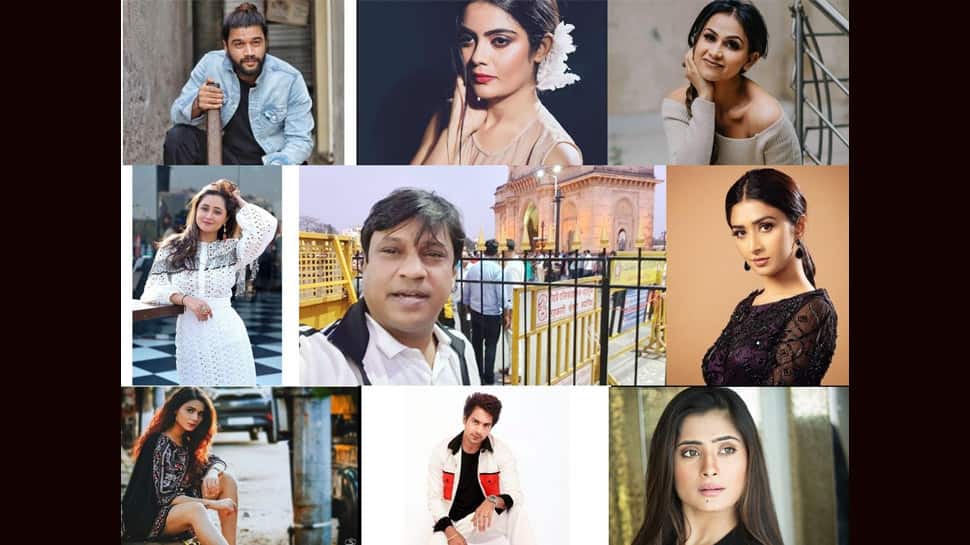 New Delhi: As people struggle to stay indoors during this lockdown, our TV celebrities have come up with a song to cheer them up. Salaam Hai Tumko is a tribute to all those Coronavirus warriors who are risking their lives to save ours. It has been composed by Sayam – Mohit, sung by Ankit Tiwari.

Talking about the song, producer Santosh Gupta says, “It was my initiative to come up with a song involving celebrities. Unity of the actors in hours of crisis and keeping everyone motivated is the need of the hour,” he says.

Ankit says, “Awareness is important. If we spread the message through songs and videos, people will grasp it better. When I heard the tune of Salaam Hai, I loved it. Sayam called me and told me about it. I loved the concept. The biggest problem was that I didn’t have a home studio where I could sing. I didn’t know how to dub without it. I thought let me try to record on the phone. But it was not possible to match tempo and sing. Thankfully, I got to know that someone in my society has a home set up. I told him I want to dub, thankfully he had a set up where I could sing. I went there and dubbed the song. I sent my files and that is how this song was dubbed. The song is great.”

Talking about being part of the number, Rashami says, “I am happy that I am part of the song. I must say that in such a difficult situation also we are trying to spread the right message to people. I know people have made so many such songs. Now celebrities are also trying to encourage people to stay at home, take care of their health and wait for better days to come. Hopefully once the lockdown will open, we will come back with another song!”

Rishi Kapoor forever: The unforgettable songs that defined his stardom