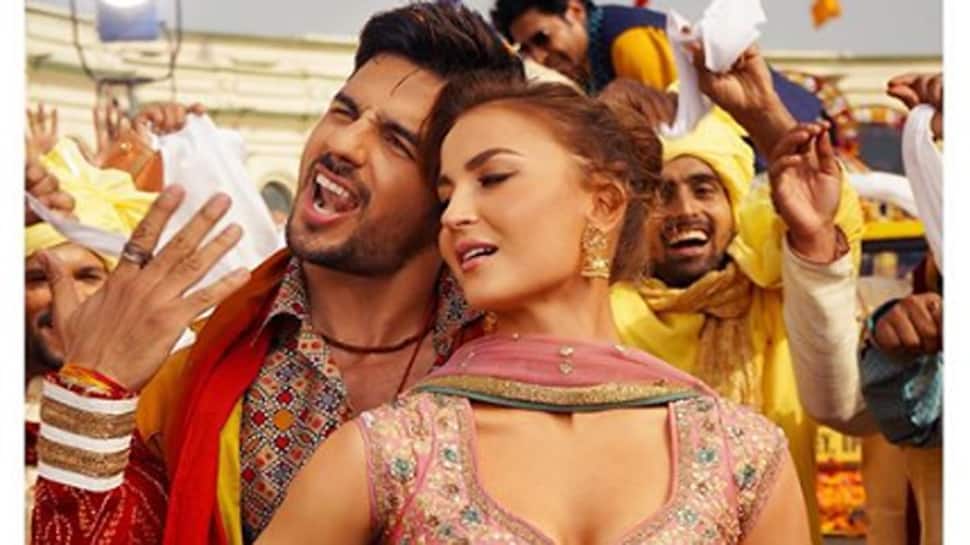 New Delhi: After taking fans on a musical journey with `Khadke Glassy` the makers of `Jabariya Jodi` have dropped yet another upbeat track `Zilla Hilela` from the movie on Thursday.

Sharing the link of the song, Siddharth Malhotra, wrote, "I promised you guys a surprise & here it is... #AbhaySingh ka tashan. it`s time for a desi celebration. #ZillaHilela Song out now " on his Twitter account. The song starts with Sidharth eyeing Elli as she dances in what seems to be a marriage procession.

Later, he joins Elli and both dance to the tune of Bhojpuri peppy song. Clad in pastel pink lehenga choli, Elli looks gorgeous. While Sidharth can be seen wearing a printed shirt and colourful jacket with a red stole. The sensuous dance move and peppy music are sure to make you groove to the song. Like the first track, `Zilla Hilela` is also a remix version of the famous Bhojpuri song. The song is sung by Raja Hasan, Dev Negi, Pravesh Mallick, and Monali Thakur.

The number is composed by Tanishk Bagchi and lyrics are penned by Shabbir Ahmed and Tanishk Bagchi.`Khadke Glassy`, a remix of the Punjabi hit track, features Sidharth and Parineeti Chopra celebrating the festival of Holi.

The two can be seen drinking what seems to be Bhang, a traditional drink that is served during Holi and dancing their hearts out. Produced by Shobha Kapoor, Ekta Kapoor, and Shaailesh R Singh, `Jabariya Jodi` is set to hit the theatres on August 2, 2019.

This is the second time that the two actors will be seen sharing screen space after having worked together in `Hasee Toh Phasee`.If the trailer of the film is anything to go by, the film promises to leave you in splits with its quirky theme.