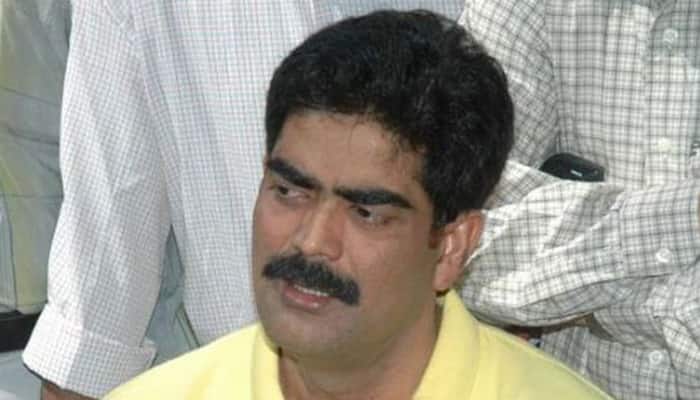 Patna: Former Rashtriya Janata Dal (RJD) MP and party strongman Mohammad Shahabuddin on Tuesday submitted a petition in a special court in Siwan where he anticipated threat to his life at the hands of Bihar government.

At present, Shahabuddin is lodged in Bhagalpur jail. In the petition filed before the Siwan special court, the RJD strongman feared for his life and accused the state government of not making arrangement for his medical treatment.

Shahabuddin's counsel Mohammad Mobin, who moved the petition on his behalf, claimed that his client's life is in danger at Bhagalpur jail. He said that 'his client suffers from acute lower back pain but no arrangement were made by the administration'.

Mobin further claimed that despite getting clearance from the Union Home Ministry, the state government is purportedly delaying his clearance for medical treatment at the All India Institute of Medical Sciences (AIIMS), Delhi.

According to the petition submitted by Mobin, Shahabuddin is being targeted as he belongs to a minority community.

The ADJ Ajay Kumar Srivastava has sought for a report in this connection from the home secretary Amir Subhani.

Shahabuddin was shifted to Bhagalpur from Siwan district jail on May 19, six days after senior journalist Rajdeo Ranjan's murder. The action was necessitated following reports that order to eliminate the journalist came from Siwan jail.

The court has set the next hearing on Shahbuddin plea on July 14.