The rapid modernization has led to stress and competition among the young in China. With many not finding time for companionship, the government is now 'spreading' love. 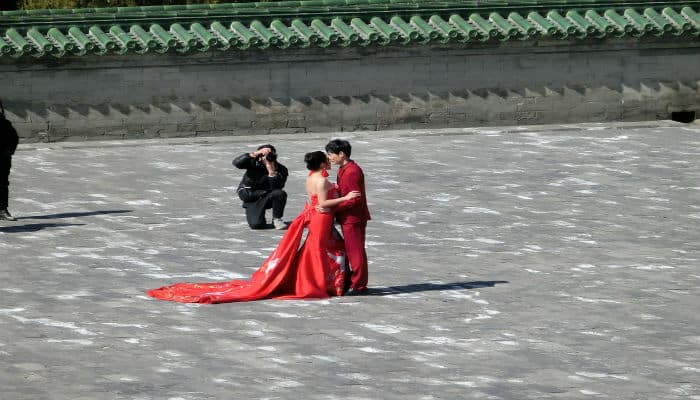 BEIJING: Worried over the growing number of youth who are single at their "marriageable" age, the Chinese government is encouraging them to go on organised blind dates.

The government thinks that having the right partner has a direct impact on their further development, which affects societal harmony and stability.

The rapid modernization brought by galloping economic growth in the past 10 years in China has also given rise to stress and competition among its young population, especially in a big city like Beijing.

According to official data, over 100 million Chinese people of marrying age remain single. A 2010 census revealed that 2.47 percent of women above the age of 30 were single, a trend which can be a cause of worry for the Chinese government as its decades-long single policy gave rise to an ageing population.

Taking a dim view of the situation last year, the government relaxed the norms for couples to have two children.

According to state-run Global Times, the Ministry of Civil Affairs and National Health and Family Planning Commission has issued a notice asking young singles in organised blind dates.

The notice also said that "a civilized, healthy and rational concept of love and marriage" should be combined with socialist core values.

So much so that the provincial governments were doing their bit so that more and more people get rid of their single status.

In response to the call, the CYL Zhejiang Provincial Committee established a special department for matchmaking in June and organized a blind date event which attracted 5,000 people, the Global Times reported.

In fact, the concept of blind dates is catching on in China. In many expansive farmhouses in Beijing, parties for single are organised.

"Family is society`s basic unit. Without a family, people will lose their motivation to work diligently, and too many single people will eventually affect social stability," said Suo, an employee at the Women`s Federation in Pizhou, in East China`s Jiangsu province.

According to media reports, Suo has organized several blind dates for government employees.

The 28-year-old Zeng, at a state-owned company in Beijing, warmed up to Suo`s idea. Zeng told the Global Times that he`s allowed to take a day off when going on a blind date.

"My boss believes that a man will only be committed to work after he has a family," Zeng said.

While most Chinese netizens welcome the development, some disapprove of organizational interference.

An anonymous Internet user said on Zhihu, a Chinese Quora-like website, that her company`s labour union often calls her.

"It (labour union) said that work is less important than marriage, and women are destined to get married," she said, adding that she finally blocked the labour union after it called her a fourth time.

Organisers said a few people successfully find a match at those blind date events. "It`s too short a time to get to know each other. And the men who attend are usually younger than the women," Suo said.