New Year gift for Delhi-NCR, NH-24 to be widened to 14 lanes

The work to widen the Hapur stretch of NH-24 into 14 lanes is likely to commence from next month. 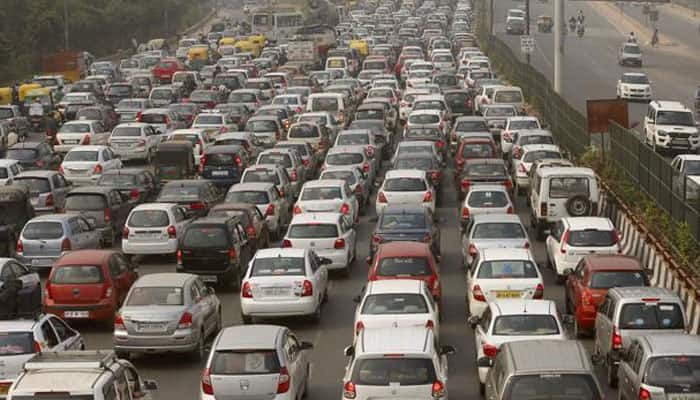 Expansion of the Delhi-Hapur stretch of the NH-24 - one of the most congested stretches in the NCR - will be implemented through hybrid annuity, a new variant of public private partnership (PPP) model.

This model allows no extension of time for developers and thereby eliminating delay in work completion.

However, for timely completion of the work, the government has divided the entire 50-km stretch into three parts.

As per reports, the first two portions - Nizamuddin Bridge to UP Gate and UP Gate to Dasna - will be widened to 14 lanes and the central six lanes of this will be a barricaded corridor for straight going traffic.

The remaining portion will be a six-lane highway.

The ToI report also quoted an NHAI official as saying, "We have received bids for the two portions and bids for the third one will be opened soon. The process will be over in the next 10-12 days so that contracts are awarded quickly."

There will be limited entry and exit points and the commuters will have to pay toll to use the barricaded corridor.

Electronic toll collection (ETC) system will be installed on this stretch to for smooth traffic movement and to avoid pile-up at toll plazas. The commuters will have to pay toll for taking the barricaded stretch, which is an expressway and the design speed will be 120 kmph.

Other eight lanes - four on each side - would be a normal highway and commuters won't have to pay toll.

According to a 2008 survey of traffic on this stretch, it was found that nearly 1.4 lakh passenger car units used this corridor. A similar survey by RITES had shown how traffic growth was about 200% more than the capacity.

However, the situation has worsened now as a huge number of housing societies have come up on both sides of the highway and in the absence of any reliable public transport system, a large number of commuter use personal vehicles.