A new study has claimed that the 'Humpback Mahseer', a freshwater fish found only in India's Cauvery Basin is on the 'brink of extinction'. 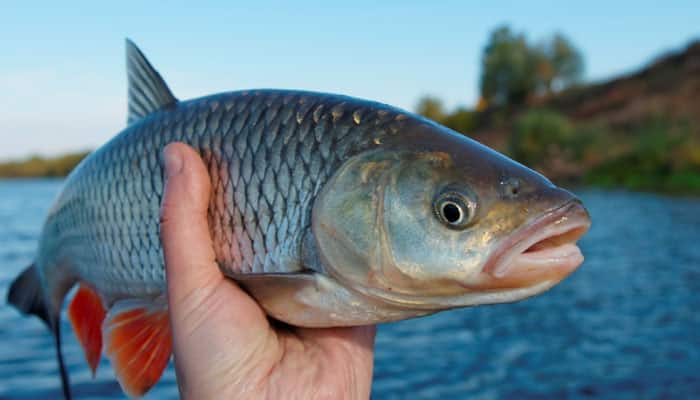 New Delhi: A new study has claimed that the 'Humpback Mahseer', a freshwater fish found only in India's Cauvery Basin is on the 'brink of extinction'.

The study conducted by Indian and British biologists indicates a sharp decline in the population of the orange-finned fish owning to pollution, sand extraction and hydel power projects.

“With its (fish) distribution having always been limited to South India's River Cauvery basin, this fish is now believed to be so endangered it may be extinct in the wild within a generation,” said Rajeev Raghavan, a biologist specialising in freshwater fish at the Conservation Research Group at St Albert's College in Kerala.

According to the study, published in the journal Endangered Species Research, the fish is now so endangered and it may be extinct in the wild within a generation.

For the study, Rajeev Raghavan, and his colleagues from the Bournemouth University in the UK, used logbooks maintained by three angling camps on the Cauvery as proxy indicators of the population of the orange-finned fish in the river.

Both the scientists have been studying the ecology, taxonomy and conservation status of 17 species of Mahseer which populate rivers throughout south and southeast Asia since 2010. Four of these species are already listed as 'Endangered' on the IUCN (International Union for Conservation of Nature) Red List.

The research suggests that the introduction of non-native blue-finned Mahseer from Maharashtra during the 1980s has acted as the catalyst which has had a “catastrophic” effect on the numbers of endemic Mahseer remaining in the River Cauvery and its tributaries.

It said that the blue-finned Mahseer despite not being native to the River Cauvery, over the last two years have shown that they are now one of the most abundant fish in the river.

“Without a doubt, their success has been at the expense of the humpbacked Mahseer that historically occurred throughout the entire river catchment,” said Adrian Pinder of Bournemouth University in the UK.

“The state of confusion surrounding Mahseer taxonomy means the humpback Mahseer currently lacks a valid scientific name and could potentially go extinct before being named,” he added.

“If we are not already too late, obtaining DNA from this animal will allow us to name the fish and, based on our data, get it classified as 'critically endangered' on the IUCN Red List,” he said.

The orange-finned mahseer, that can weigh up to 50kg, is found only in the Cauvery river, while other mahseer species are found in rivers across the country.

El Nino near-certain to last through summer: US climate centre