Making alcohol from biological material is not new, but till date most of the ethanol is made using sugar cane, corn or some such food material and is called first generation ethanol. 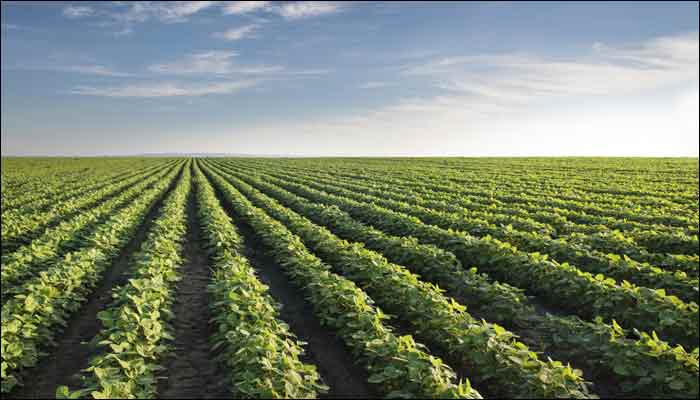 Kashipur (U'khand): Agricultural waste is becoming a mammoth problem for India, not knowing what to do with the stubble many Indian farmers especially in granary of the country simply burn it after harvest.

This not only causes air pollution but also even causes a huge plume of air pollution over many cities a little after the harvest season.

Now Indian scientists supported by the Department of Biotechnology (DBT) have come up with a nifty solution that using a bio-refinery converts this waste into value added alcohol, which, can then be used as clean biofuel or blended to make spirits.

NASA has recorded this burning of biomass from its satellites and American scientists say the black carbon released by this crop waste burning is leading to the wasting of Himalayan glaciers. This can easily be mitigated if agri- waste can be converted into clean biofuel.

This month Science Minister Harsh Vardhan inaugurated the first demonstration plant located within the premises of India Glycol Limited in Kashipur that converts almost any kind of agricultural organic waste into alcohol.

Making alcohol from biological material is not new, but till date most of the ethanol is made using sugar cane, corn or some such food material and is called first generation ethanol. Since the Kashipur, plant utilises purely agricultural waste it is referred to as second-generation (2G) ethanol.

K VijayRaghavan, secretary of the Department of Biotechnology, says "This is the most suited technology for India since to make the biofuel the feedstock does not compete with food."

According to the DBT, "this Kashipur plant comes at a time when the country struggles to meet the mandate of 5 per cent blending of renewable biofuel in both ethanol and diesel. While diesel biofuel blending is near zero, the petrol blending today stands at an overall of about 3 per cent in the form of first generation or molasses based 1G-Ethanol.

With an annual requirement of about 5000 million litres, the oil companies will starve for ethanol as the current total installed capacity of 1G-ethanol stands at about 2650 million litres.

However, the 2G-Ethanol production technologies have struggled world-wide to be economically and technologically viable despite more than 100 pilot plants and about 10 demonstration and commercial plants erected and commissioned over the last decade.

The Kashipur plant made as public-private-partnership or PPP model is actually a series of big bioreactors. The plant was utilising wheat and bagasse agri waste at this time. The dry waste is pushed into the plant and then using chemicals it is rapidly converted into slurry, this is then easy to pump around in the three-storey high plant where the key reaction is performed using cellulose enzymes that convert the cellulose the main organic component of bio-waste into sugars.

There after the enzyme is recovered back using membrane technology and the expensive imported enzyme is then recycled back into the plant. Subsequently the sugars are passed through a broth of yeasts, which convert it into ethanol.

U S Bhartiya, chairman-cum-managing director of India Glycols Limited says, "This plant can easily be replicated and is an apt solution for India's huge biomass problem."

Today, according to Bhartiya, for every 1000 kg of agri- waste that is pumped into the plant it generates about 300 litres of alcohol.

The water that is used in the plant can also be recycled back making it a highly green technology option, feels Bhartiya.

This demonstration plant has a capacity of 10 tons of biomass per day.

According to DBT, "The demonstration plant at India Glycols Limited built indigenously as a continuous automated plant assumes considerable significance.

"The technology and the plant, projected to be capable of converting any biomass feedstock like wheat straw, rice straw, bagasse, cotton stalk, bamboo, etc. To alcohol in less than 24 hours, if successfully operated and scaled-up will establish India as a major global technology provider in the arena of renewables and reduction in carbon-emissions besides effecting considerable savings in import of crude-oil."

According to Arvind Lali, head of the DBT-ICT Centre in Mumbai, they have already designed plants of 250 ton per day and 500 ton per day capacities and is confident that the technology with the lowest capital and operating costs that would allow 2G-alcohol to be produced and sold at competitive price.

The cost of litre of ethanol from the Indian 2G technology is pegged at Rs 25 per litre.

The Indian plant compared to similar plants like those by DuPont converts waste to alcohol five times more efficiently.

All the other overseas plants take several days to process the waste into a biofuel, whereas the Kashipur plant according to engineers at IGL takes just one day.

This efficiency is because of custom made pre-treatment of waste, which converts it into slurry unlike, that foreign plants that push solid material through their plants said the in-charge of the IGL plant.

Harsh Vardhan said "second-generation ethanol being produced from so called agricultural waste which becomes an asset to the farmer, it helps the contentious issue of climate change and global warming, it helps us to reduce carbon emissions."

This also offers a suitable solution to the air pollution caused due to stubble burning from fields in northern India.

However, there are some who worry that in a country with a vast cattle and livestock population widespread deployment of this technology could hurt traditional livelihoods. However, others says as of now the need is to contain this unnecessary burning.

From the raw feedstock the 2G ethanol plant generates a third of it as lignin, this lignin as of now being used as fuel, but according to well-known chemist M M Sharma who is associated with ICT feels this can also be used as raw material to generate carbon black that can be used for making tyres.

Sharma even suggests rapidly the plant should be upgraded to manufacture butanol instead of ethanol, which is an even higher value product, and much in demand.

According to estimates by the government, "India's potential for 2G-ethanol production from an estimated availability of non-food and non-fodder agricultural residues stands to be in excess of 300 million tons which if converted can produce nearly 100 million litres of ethanol."

A vast treasure trove remains untapped and is almost being wasted, only if this trash is converted to wealth billions of dollars of foreign exchange could be saved by way of averted oil imports and India could get a cleaner air by burning a cleaner biofuel in the form of ethanol.