Researchers have discovered that a combination of proteins is the key to ovarian cancer treatment. 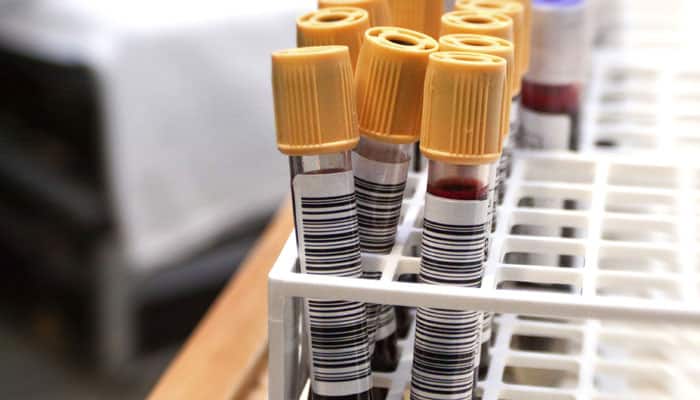 London: Researchers have discovered that a combination of proteins is the key to ovarian cancer treatment, leading them to come up with a blood test that would allow doctors to predict how different kinds of ovarian cancer patients would respond to particular types of treatment.

With the new test, doctors could see which patients could benefit from blood vessel targeting drugs - such as Bevacizumab - in addition to conventional therapy.

"We are keen to identify predictive bio-markers - measures that can indicate how well a patient will respond to treatment - so we can better target these drugs to patients most likely to benefit," said Gordon Jayson, a professor from The University of Manchester in Britain.

Two particular proteins - Ang1 and Tie2 - could be used in combination to predict patient response to Bevacizumab, the findings showed.

Patients with high levels of Ang1 and low levels of Tie2 were most likely to benefit from Bevacizumab.

Both these proteins are involved in controlling the formation of new blood vessels.

Conversely, they found that patients with high levels of both proteins did not benefit from the drug.

For the study, the research team looked at blood samples from patients enrolled in an international trial of Bevacizumab.

These patients received either standard chemotherapy treatment alone or chemotherapy plus the blood vessel targeting drug.

The new blood test could be developed and used in hospitals within the next few years, the researchers said.

The study appeared in the journal Clinical Cancer Research.