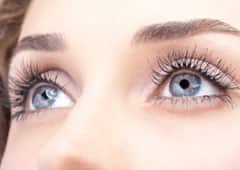 Washington: In a ray of hope for people at the risk of retinal blindness, identifying ways to leverage our immune system to clean out abnormal blood vessels in the retina may lead to treatments that could prevent or delay blindness or even restore sight.

Scientists have discovered that the body's innate immune system does more than help ward off external pathogens.

This discovery is significant as the retina is part of the central nervous system and its cells cannot be replaced once lost.

"This insight would help develop therapies that result in a greater visual outcome and quality of life for patients suffering from diabetic retinopathy or retinopathy of prematurity,” Connor added.

Connor and colleagues compared two groups of mice: a genetically-modified group which lacked activity in the innate immune complement system and a normal group with a fully functional innate immune system.

Researchers placed both groups in an environment that induced irregular blood vessel growth in the eye, mimicking what happens in many human ocular diseases.

In the normal mice, scientists were able to visualise the immune system targeting and killing only the irregular blood vessels while leaving healthy cells unharmed.

Knowing how the complement system works to keep our retinas clean is an important first-step toward new treatments that could mimic this activity, said Gerald Weissmann, editor-in-chief of the FASEB Journal which carried the study.