The Shiv Sena on Thursday attacked MIM president Asaduddin Owaisi for his refusal to say `Bharat Mata Ki Jai` and said he should be "legally beheaded". 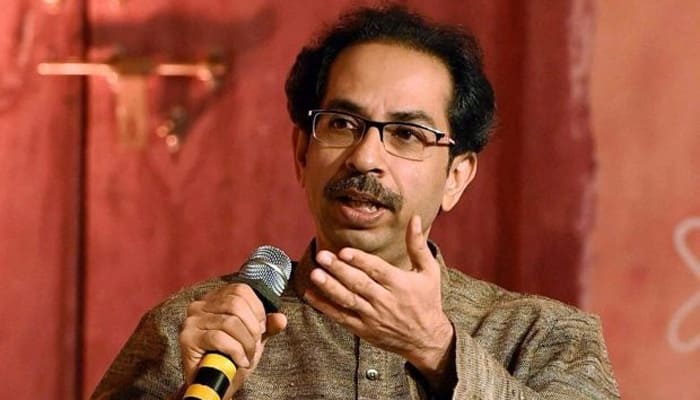 Mumbai: The Shiv Sena on Thursday attacked MIM president Asaduddin Owaisi for his refusal to say `Bharat Mata Ki Jai` and said he should be "legally beheaded".

Taking umbrage at Owaisi`s utterances in Latur last week that he would not say `Bharat Mata Ki Jai` even if he was threatened with a knife, the Sena said, "Why should anybody do this? He should be legally beheaded."

In a vitriolic editorial in the party mouthpiece Saamana, the Sena also criticized Maharashtra Chief Minister Devendra Fadnavis for allowing Owaisi to move around freely and sneak out of Maharashtra despite making such statements.

"Legislators sitting on strike in Sindhudurg are beaten up by the police, but in the same state a person (Owaisi) making such seditious statement escapes scot free," the party said.

"The deplorable status of Muslims in India is primarily because of such thinking of persons like Owaisi. `Bharat Mata Ki Jai` is an inspiration to the people of this country," the Sena said.

"Owaisi has insulted our Mother India. All the Muslims in the country should chant `Bharat Mata Ki Jai` to express their opposition to Owaisi`s ill-conceived views. Those who refuse, their citizenship and voting rights must be cancelled," the party said.

I eat pork so what the heck, says Taslima Nasreen

From Harry Styles to Beyonce, Here's the complete list of winners at the Grammys 2023

Adani Group's big statement, will return the loan of 9 thousand 200 crores before 2024