In yet another trouble for the ruling BJP, which is facing a combative Opposition over the suspension of Congress MPs, four women MPs have complained about the 'abusive' and 'sexist' language used by BJP MP Ramesh Bidhuri in Parliament. 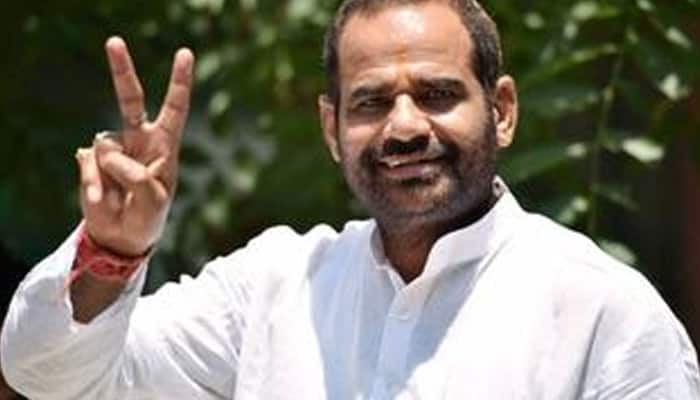 New Delhi: In yet another trouble for the ruling BJP, which is facing a combative Opposition over the suspension of Congress MPs, four women MPs have complained about the 'abusive' and 'sexist' language used by BJP MP Ramesh Bidhuri in Parliament.

According to a report published in The Economic Times on Tuesday, the women MPs have lodged a complaint with the Lok Sabha Speaker that Bidhuri used foul language against them during the Opposition's protest in the Lower House on Monday, which resulted in the suspension of 25 Congress MPs.

In their complaint to Speaker Sumitra Mahajan, the women MPs alleged that the BJP MP used highly abusive language against them when there was commotion in the House.

According to the report, Ranjeet Ranjan, Congress MP from the Supaul Lok Sabha constituency of Bihar, officially lodged a complaint with the Speaker about Bidhuri's 'abusive' language as soon as the House was adjourned for the day.

"He has been abusive with me at least three to four times earlier as well. There was this instance during the Budget speech discussion when I talked of the need to give benefits to single women and he turned around saying I should divorce my husband first and then such benefits can be given to me. Today also his jibes continued. I have been ignoring this for a while but he is using language against women that is unbecoming of a MP," Ranjeet Ranjan was quoted as saying.

"I have no personal fight with them and I used no such language. They are using these allegations as a diversionary tactic. They were creating a nuisance in Parliament and we opposed it. Let them pull out old recordings and show when I have used abusive language. I am a three-time Vidhan Sabha member and you can pull out recording and ask Congress members I have worked with if I have ever been abusive," Bidhuri was quoted as saying.