The ambitious project, which aimed at making India a manufacturing hub, was also rolled out with the aim of creating millions of jobs in the country. 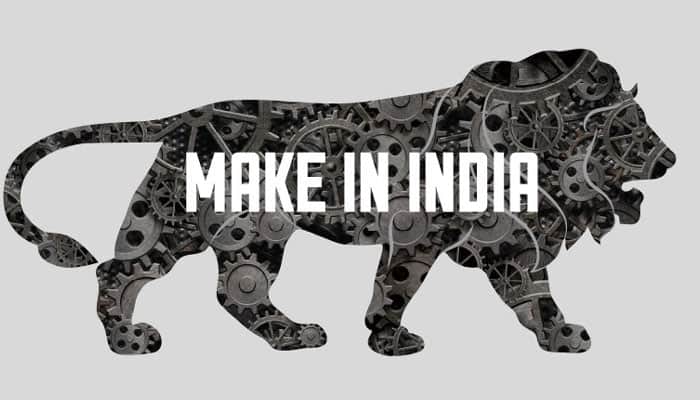 The ambitious project, which aimed at making India a manufacturing hub, was also rolled out with the aim of creating millions of jobs in the country.

Under the 'Make in India' initiative, the government had announced several steps, including to improve the business environment by easing processes to do business in the country, and attract foreign investments.

On the occasion of 'Make in India'​ 2nd birth anniversary, @makeinindia has tweeted out a timeline of PM Modi's ambitious project.

The Lion turns two today! Watch our timeline as we take you through two years of #MakeInIndia! pic.twitter.com/apMjv5AOwT

In a boost for Modi’s 'Make in India' program, India on Friday signed a significant military deal with France for the purchase of 36 Rafale fighter jets at a cost of Euro 7.87-billion (Rs 59,000 crore approx). The deal, which was signed by Defence Minister Manohar Parrikar and his French counterpart Jean Yves Le Drian, came as the first fighter aircraft deal since the purchase of Sukhois from Russia in the late 90’s.

According to Dassault, Rafale - a twin-engine, canard delta wing, multirole fighter aircraft – equipped with a range of weapons is capable of carrying out all combat missions such as air supremacy, interdiction, ground support, in-depth strike, anti-ship strike and nuclear deterrence deterrence. The Rafale aircraft is designed and built by Dassault Aviation.

After the launch of ‘Make in India’ programme in 2015, India emerged as the top destination globally for foreign direct investment, surpassing the United States of America as well as the People's Republic of China.

The government is targeting to achieve net zero imports of electronics by 2020 by creating a level playing field and providing an enabling environment.