Mother Teresa’s Missionaries of Charity orphanages to be derecognised?

The central government is mulling derecognising 13 orphanages run by Mother Teresa’s Missionaries of Charity due to its non-compliance with adoption guidelines. 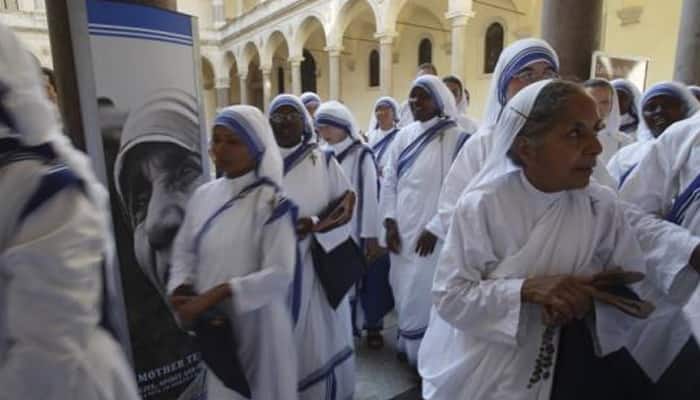 New Delhi: The central government is mulling derecognising 13 orphanages run by Mother Teresa’s Missionaries of Charity due to its non-compliance with adoption guidelines.

However, Women and Child Development Minister Maneka Gandhi said on Thursday that the charity itself had written to the government asking to be derecognised.

The issue came to the fore after the charity refused to give children up for adoption to single, divorced or separated people.

As per the guidelines notified by the Women and Child Development Ministry in July, adoption rules have become more stringent.

However, the Missionaries of Charity has refused to comply with the provisions related to adoptions by single, separated or divorced people.

“They have cited ideological issues with our adoption guidelines related to giving a child up for adoption to single, unwed mothers. They have their own agenda and now when they have to come under a unified secular agenda, they are refusing it,” Hindustan Times quoted Gandhi as saying.

Gandhi added that the Missionaries of Charity had itself written to the Central Adoption Resource Authority (CARA), seeking de-recognition of 13 of its orphanages.

CARA is an autonomous body under the ministry that regulates adoptions.

“We are trying and persuading them because they are valuable, good people and have experience. But if they do not follow the central guidelines, we will be left with no option but to derecognise the orphanages run by them and shift the children to other places,” Gandhi added.