Pakistan on Wednesday pulled out six officials posted at its embassy in New Delhi days after they were named in an espionage racket operating from its mission. 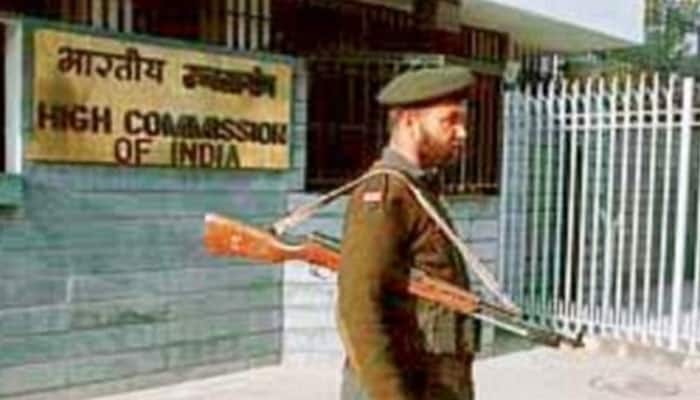 New Delhi: Pakistan on Wednesday pulled out six officials posted at its embassy in New Delhi days after they were named in an espionage racket operating from its mission.

However, in a tit-for-tat action, the Pakistani establishment also expelled two Indian diplomats who were declared persona non-grata from the Indian High Commission in Islamabad.

According to reports, the two diplomats are – R Agnihotri and Balbir Singh.

The Pakistani establishment believes that the two are alleged RAW agents in the guise of diplomats posted with the Indian High Commission in Islamabad.

The matter was first reported by Pakistan Today, which said, "Two RAW agents in the guise of diplomats are running a terror unit in Pakistan".

They include Rajesh Kumar Agnihotri and Baleer Singh. They are working as Commercial Counsellor and Press Information Secretary respectively, the daily said.

"The two diplomats have been found to be involved in activities to destabilise Pakistan by facilitating and funding terrorism," the media outlet claimed citing highly placed sources .

The daily claimed that another Indian diplomatic official Surjeet Singh who was recently expelled by Pakistan was also part of the network.

Initially, there was no official confirmation on the number of diplomats leaving India, however, later Pakistan High Commission sources said that there were six mission officials who have either left or were in the process of leaving.

"The decision has been taken after it became impossible for the officials to work in this vitiated atmosphere. Indian government is threatening and blackmailing our diplomats. So in this condition, it is impossible for us to stay in this country and work," the PTI quoted sources as saying.

According to the sources, those who have left include commercial counsellor Syed Furrukh Habib and first secretaries Khadim Hussain, Mudassir Cheema and Shahid Iqbal.

Akhtar, a Pakistani Mission staffer, was expelled last week from India after being declared 'persona non-grata' on espionage charges.

Mehmood Akhtar is believed to have revealed to the Indian officials that he was part of a bigger espionage ring operating from the mission.

Sources said that ISI officer Mehmood Akhtar had made this revelation to the Delhi Police Crime Branch during his interrogation.

Akhtar, who worked in the visa section of the Pakistan high commission and had diplomatic immunity, was procuring critical details including those about deployment of BSF personnel along the India-Pak border from two other accomplices who were arrested in Delhi.

Akhtar and two others - identified as Subhash Jangir and Maulana Ramzan- were picked up from Delhi Zoo last week. Akhtar was released after around three hours of interrogation as he enjoys diplomatic immunity.

A fourth person Shoaib, who is a Jodhpur-based passport and visa agent, was detained by Rajasthan police later.

Meanwhile, the Indian government also reportedly decided to withdraw eight officials from the high commission in Islamabad after they were identified in local media reports, amidst growing tension between the two countries after a Pakistani high commission staffer in Delhi was caught in an espionage ring and expelled.

Indian diplomats had been "completely compromised" after their names and pictures were put in the public domain in Pakistan, an External Affairs Ministry official said.