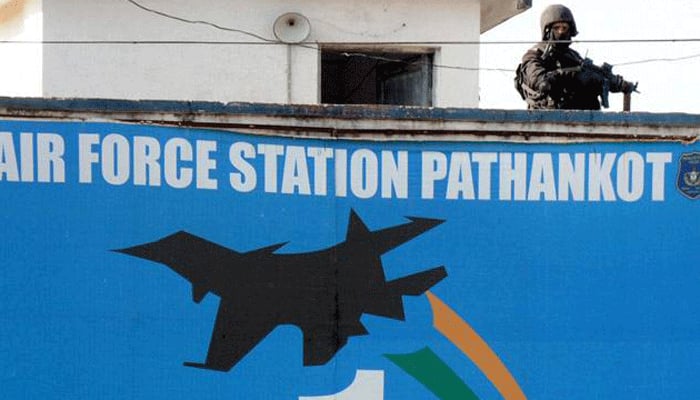 Delhi: Putting to rest the controversy over the number of perpetrators, Union Home Minister Rajnath Singh told Parliament on Wednesday that a forensic report had confirmed that six attackers had struck Pathankot airbase in January.

“I want to inform the House that some charred remains were found (in the barracks at the airbase). A forensic report has come about them, which makes it clear that those who were hiding in the building were terrorists,” said Singh while replying to a debate in the Lok Sabha on the deadly strike that killed seven soldiers, as per Hindustan Times.

Singh's statement came even as the government on Wednesday came in for a scathing attack in Lok Sabha over the handling of the terror strike on the Pathankot airbase, with the Opposition dubbing as a "critical mistake" the decision to handover the operation to NSG.

They also questioned as to what Prime Minister Narendra Modi's Lahore stopover had achieved, noting that the terror strike had happened just a few days after that.

Participating in a discussion on the issue, Kalikesh Singhdeo (BJD) singled out the National Security Advisor for attack, saying he had "usurped" the decision-making powers to tackle the incident.

Singhdeo wondered as to why the Army was not asked to deal with the terror strike as 50,000 troops were available in Pathankot itself and they were the best to tackle such situations.

On Tuesday, a forensic examination has concluded that remains of two more terrorists were found from the debris, thus confirming that six terrorists were involved in the assault.

Top government sources had said that a detailed forensic examination was concluded on the remains collected by the National Investigation Agency from two different locations of the strategic airbase, as per PTI.

The forensic test has come to the conclusion that traces of two human beings were found in the remains collected from Pathankot airbase, the sources had said.

Bodies of four terrorists were recovered immediately after the anti-terror operation was over in the airbase.

There have been varying reports over the number of terrorists, suspected to be belong to Pakistan-based group Jaish-e-Mohammad, attacking the Pathankot airbase on January 2.

While NSG, which had carried out the operation against the terrorists, has said there were six terrorists, NIA, which is probing the case, maintained that they found the bodies of four terrorists and no conclusive evidence was found about any more terrorist's involvement in the attack.

Earlier, Singh had said that charred remains, apart from four bodies of terrorists, were found at the debris after security forces searched the spot when the operation ended.

"Charred remains were found and sent for forensic examination. We are awaiting for reports," he had said on March 4.